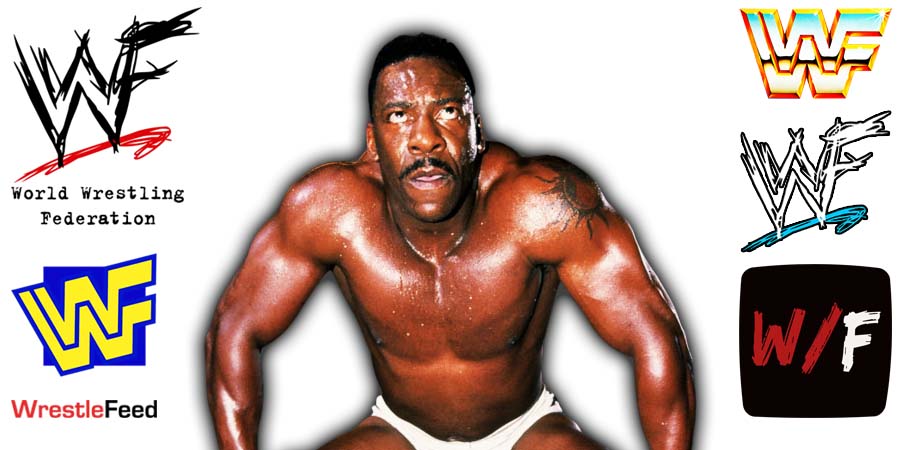 On a recent episode of his weekly ‘Hall of Fame’ podcast, Old School WCW Legend Booker T was asked whether he would ever consider returning to WWE as a commentator on a full-time basis.

“I’m not looking to get back to the table or anything like that, but I’m all about the check.

What I mean by that is I’m all about taking care of my family, so any income coming in, my kids are going to be the recipients in the long run. I’m going to push myself to the limit.

If they were to ask me to come back to the table, I would go. There again, working that 52-week a year schedule, it’s a monster being in a different city every week, as well as everything else I have going on hosting SmackTalk. I still have a few more episodes to shoot with that.

With this, The Hall of Fame, and Reality of Wrestling, but you know what, man? I say, ‘I never have time for anything, but I make time.’ So yeah, I would get the work done.”

We also have to remind everyone that Booker T isn’t officially retired from the sport of professional wrestling yet, so not only is it possible that he could return on commentary, he could also wrestle another match in the future, if the circumstances are right.

3. Doink The Clown vs. Joey Maggs