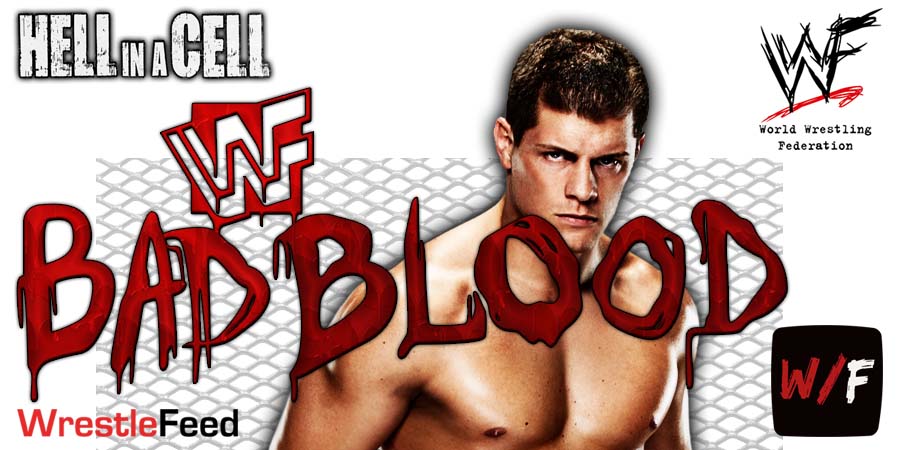 Cody Rhodes competed with a torn pec inside Hell in a Cell and defeated Seth Rollins.

Cody’s wife, Brandi Rhodes, made the following tweets about her husband’s courageous performance:

“I’ve never met anyone more committed to the fans or the business. I’ll be watching in support with you all ❤️”

“Liberty (their daughter) better not ever tell me ‘I can’t’. I’m gonna have this match cued up faster than she can finish her sentence.

Never imagined he would be able to finish that match…and win.”

After the PPV went off the air, Cody cut a promo and said the following:

No one convinced me, with a torn pec, to come out here. It was solely my decision.

You would have to literally kill me from staying away from this ring. 10 Times out of 10, I would have made the same decision.”

It was broadcasted from the Blue Cross Arena in Rochester, New York and featured matches, interviews & storyline segments on the road to the ‘WWF King of the Ring 2000’ PPV.

4. The Rock vs. The Undertaker vs. Kane