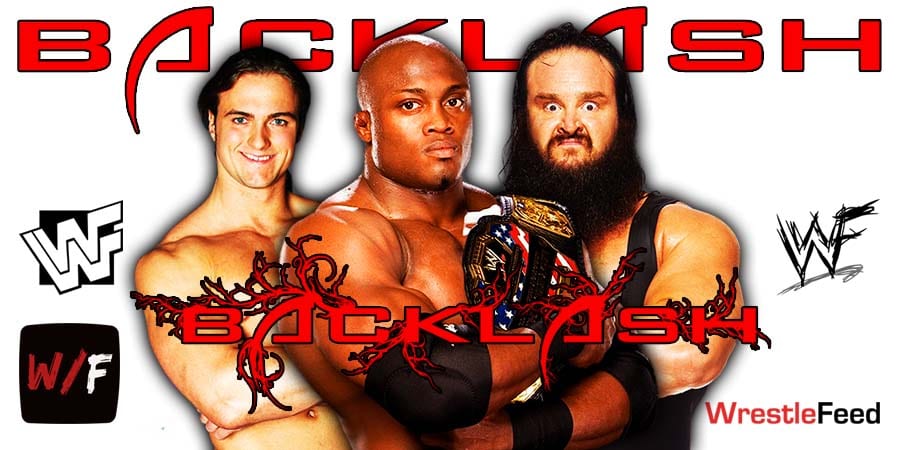 His last match in the company took place at WrestleMania Backlash, where he faced Bobby Lashley & Drew McIntyre in a Triple Threat Match for the WWE Championship. Lashley pinned Strowman to win this match.

During this match, Strowman hit McIntyre with a Running Senton. He posted a video of it on Instagram and apologized to Drew using hashtags, where he also noted that he works stiff and if Drew sh*t his trunks after this move.

It was broadcasted from the Charleston Civic Center in Charleston, West Virginia and featured matches & storyline segments on the road to the ‘WCW Road Wild 1997 PPV.

The Giant vs. The Great Muta