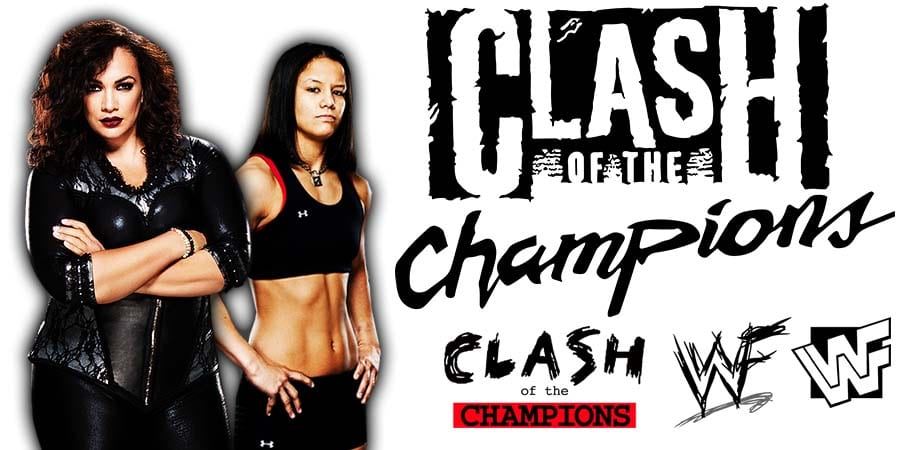 WWE Clash Of Champions is just a few hours away, and the pay-per-view event is reportedly going through some major changes.

POST Wrestling is reporting that two matches for tonight’s shown have been impacted by something.

The first one is the SmackDown Women’s Championship match between Bayley and Nikki Cross, which will now see Bayley facing an unknown opponent at the pay-per-view.

The second one is the Women’s Tag Team Championship match between Shayna Baszler & Nia Jax and The Riott Squad, which has been called “off”.

It was noted that the status of these matches will be addressed on the show tonight.

Shayna posted her gear for tonight’s PPV on Instagram, so it’s possible that the Women’s Tag Team Champions also get new opponents for tonight.