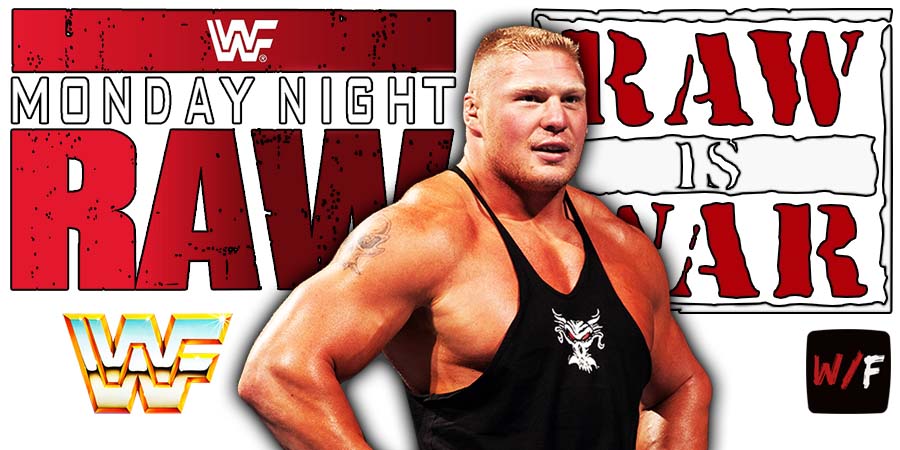 Brock Lesnar kicked off tonight’s RAW to a big pop. Lesnar said Roman Reigns is a hog and he slaughters hogs everyday.

Paul Heyman then came out and said he’s gonna have The Tribal Chief prepared for The Beast at SummerSlam 2022.

Mr. Money In The Bank Theory then came out and said SummerSlam is gonna be the greatest night in WWE history because he’s going to cash-in and become the youngest Undisputed WWE Universal Champion in history.

Theory then showed footage of Lesnar F5ing him off the top of the pod in the Elimination Chamber match earlier this year and said he hasn’t forgotten.

Theory told them to attack Lesnar and they did. However, Lesnar absolutely destroyed them. Lesnar even F5ed Otis through the announce table.

Also Read: “The rumor is that I kicked Brock Lesnar’s a$$. Not true” – WWF Legend

The Legion Of Doom vs. Jerry Davis/Barry Hardy

The Undertaker vs. Bruce Mitchell

Tatanka vs. The Dublin Destroyer