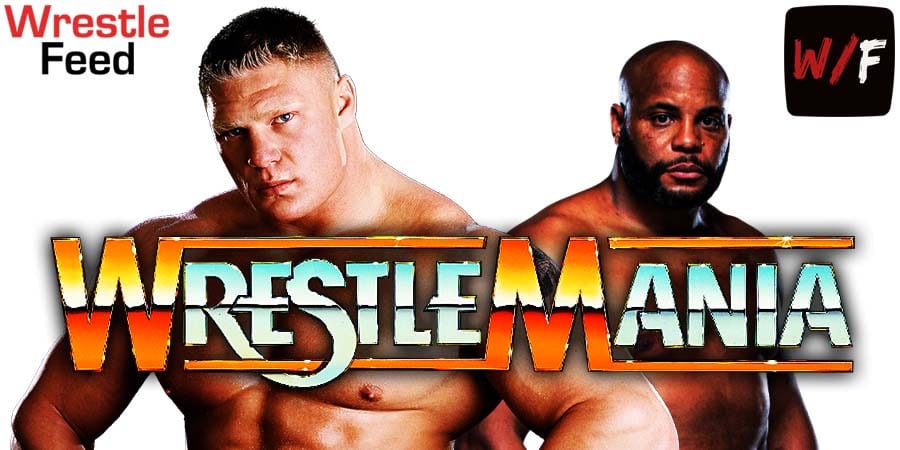 • Brock Lesnar Has A Major WrestleMania Challenge In Front Of Him

During a recent interview with Ariel Helwani, former UFC Heavyweight Champion Daniel Cormier, who recently retired from UFC, said that he wants to fight Brock Lesnar in a match at WrestleMania.

Lesnar was originally scheduled to fight Cormier for the UFC Heavyweight Championship back in 2018 after doing an angle with him at UFC 226, but the fight never happened.

Below is what Cormier said about facing Lesnar:

“I’m done, I want to wrestle with Brock in the WWE, that’s where I want to fight Brock. I want to fight him on his terms. You know, two old guys in the UFC Octagon going at it, 43-41-year-old guys seem fun, boy, me and Brock at WrestleMania that would be a good time.”