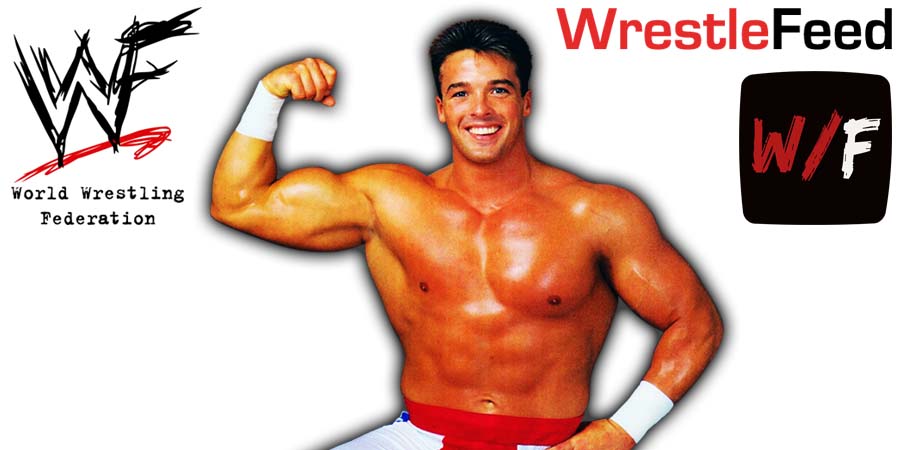 Old School WCW Legend Marcus Alexander Bagwell aka former nWo member Buff Bagwell seemed to be very active on social media, but it was recently revealed that Buff didn’t handle his own accounts and instead got someone else to do it for him – a man named Michael Long.

Long has been fired according to a recent Tweet by Bagwell himself, that reads:

“I have informed Michael that our business relationship is over, and that he needs to get people what they are owed. I will continue on him to do so. For now on the only merch available is through my PWT store, marcusbuffbagwell.com or in person at conventions.”

“Appreciate everyone’s support of Buff these last few months. I was runnings Buff’s Twitter and other social media since last year, we have gone our separate ways due to a variety of reasons.

I will not say anything bad about Marc and have no problem being the fall guy for whatever issues there are with merchandise.

Enjoyed getting to know you all, though I was posting for Buff it was my beliefs and opinions being tweeted.”

Brad Shepard then tweeted the following about the entire situation:

“Looks like the convicted $ex offender running Buff’s stuff is now fired. Proud to have been publicly attacked and blocked by this loser.”

In the above video, Buff noted that Michael sold the Buff Bagwell merch to fans and the fans didn’t receive the merch. Buff is claiming that he didn’t get any money and wants to get to the bottom of this.

Bagwell wrestled for Ted Turner’s World Championship Wrestling from 1991 until the company was sold to Vince McMahon in 2001.

This episode was broadcasted from the New Orleans Arena in New Orleans, Louisiana and featured matches, interviews & storyline segments on the road to the ‘WWE The Great American Bash 2008’ PPV.