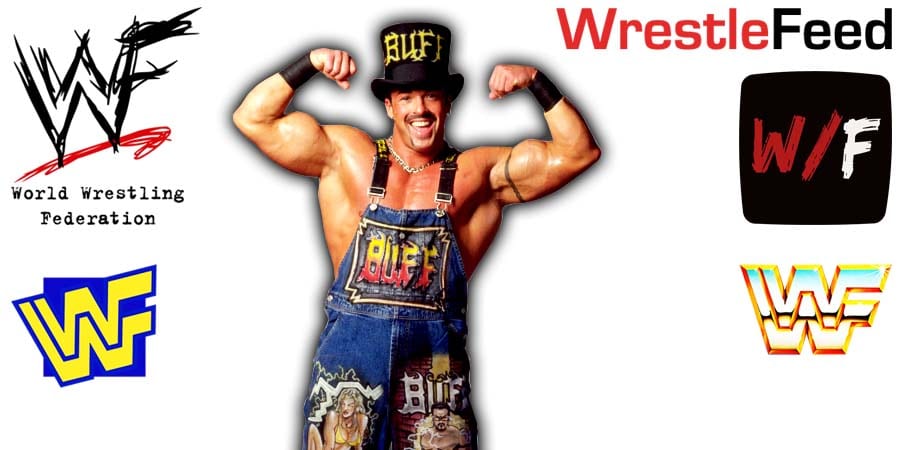 As we reported before, WCW Legend Buff Bagwell (fka Marcus Alexander Bagwell) was recently arrested and had 11 charges against him (tap here to read more).

After the incident, Buff appeared in a Facebook LIVE Stream video, but didn’t address much of what happened though.

Here’s what the former 5-time WCW World Tag Team Champion had to say:

“There’s only two people that know the truth and guess who those two people are?

Boone Promotions got very, very smart and are going to let me tell my side of the story.

So, if you want to hear the truth about the incident on May 22, come to Big D Flea Market and I will be there from 9am until 2pm, telling the absolute truth and anybody that knows Buff Bagwell knows I tell the absolute truth, whether it’s good or bad, and I’m telling you, I will be doing that.

So if you want information on this, you need to get to it.

I’m telling you, brother, this is going to be hot, it’s cool, and I want you to know, honest to God, this has been the biggest deal that has happened to me in a long, long time, and I want to thank every person that has prayed for me, cared for me, and actually gave a crap about me.

Not the ones, not the haters, the ones that have really, really cared about Buff Bagwell.

I want to say thank you very much.

So, come out, talk to me, get to meet me, one-on-one, and then make your judgement on what you feel.”

On this day in Pro Wrestling history on May 29, 1982, Fritz Von Erich’s World Class Championship Wrestling aired an episode of their weekly TV Show.

– Al Madril vs. The Great Kabuki