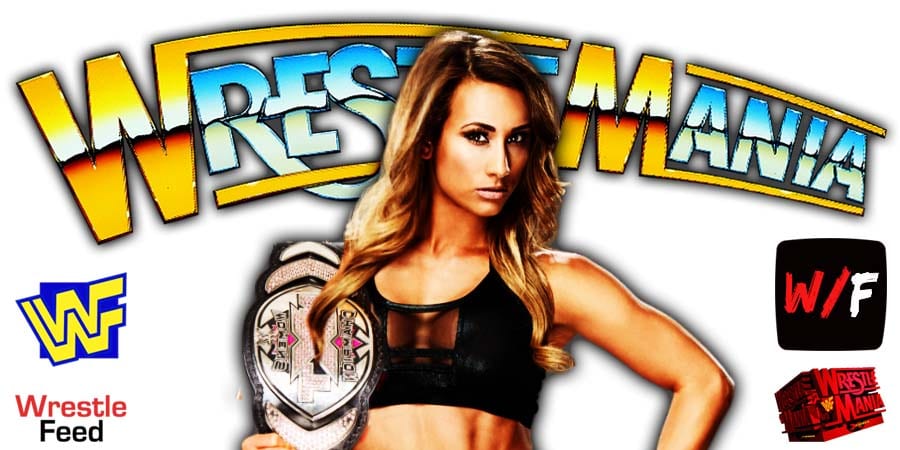 While he had his World Wrestling Federation debut as Dustin Rhodes in late 1990, his biggest claim to fame is without a doubt portraying the character of Goldust, which he debuted in 1995. He worked under that gimmick as a main roster WWE Superstar until he joined AEW in 2019.

Him going into the WWE Hall of Fame one day after he’s retired is only a question of “when”, not “if”.

As we noted during our WrestleMania 37 (Night 1) live coverage last night, Dana Brooke suffered a wardrobe malfunction during the Tag Team Turmoil.

This was the reason why the screen went black multiple times during the match.

Many fans pointed out that Carmella also suffered a wardrobe malfunction during this match.