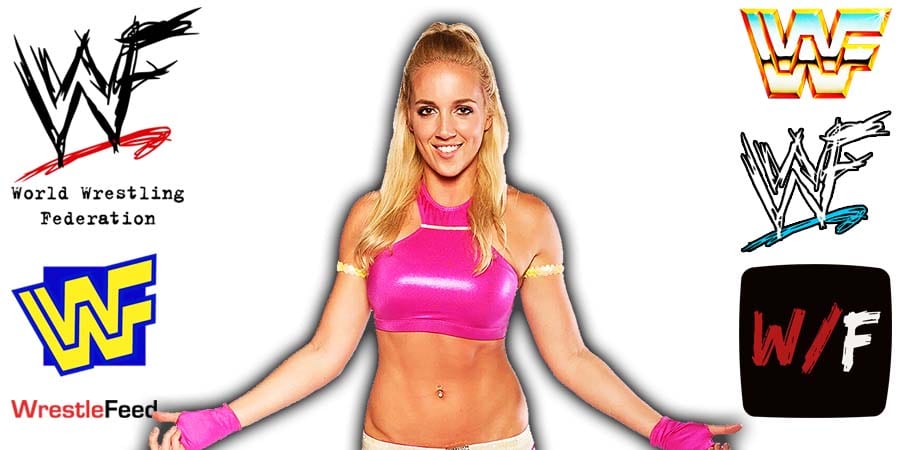 • Chelsea Green Denied By OnlyFans For The 2nd Time

Former WWE Superstar Chelsea Green has revealed that she applied on OnlyFans two times, and got rejected both the times!

After being denied for the first time, Green said the following during an interview with UK Metro:

“We don’t know why they denied me but apparently it’s not totally unusual! A couple of my friends said they were denied the first time too. I’m going to reapply and see what happens!”

After her second rejection, Green wrote the following her podcast’s Twitter page:

The gigantic super-heavyweight Wrestler made a name for himself in the UK during the 60s, 70s, 80s & early 90s, but also wrestled in Canada, Austria & Germany for a while.

His rivalry with fellow UK Wrestling Legend ‘Big Daddy’ is now considered one of the greatest feuds in European Wrestling history.

In 1996, Giant Haystacks was signed to a World Championship Wrestling contract by WCW President Eric Bischoff, but was renamed Loch Ness.

As a member of Kevin Sullivan’s Dungeon of Doom faction he was supposed to feud with Hulk Hogan, but ended up leaving the promotion after only a few months, when he was diagnosed with blood cancer.

Giant Haystacks aka Loch Ness weighed 690 lbs (313 kg) when he was at his heaviest ever, which makes him #5 on the list of the heaviest professional wrestlers of all time.