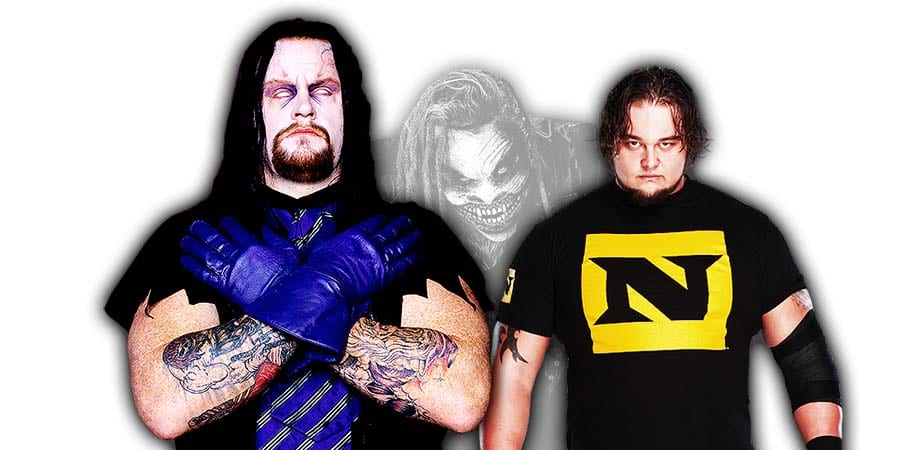 The Undertaker is officially a WWE Hall Of Famer.

He gave one of the greatest Hall Of Fame speeches of all time and even teased an in-ring return in the end, when he wore his coat & hat and said “Never Say Never”.

Fellow WWF Legend Chris Jericho tweeted the following about Taker’s entry into the Hall Of Fame:

“TRUTH. The Undertaker IS and always WILL BE the man! I’m honored to have worked with him and to call him a friend. CONGRATS!”

Former WWE Champion “The Fiend” Bray Wyatt, who faced The Deadman at WrestleMania 31 in 2015, tweeted:

“Paying my respects to The Undertaker.

The word legend is thrown around a lot these days, but no one owns that title like The Deadman does.

It was an honor every time I stepped in the ring with him. For my money he is the best to ever lace ‘em up. I’m happy for you man! Well deserved.”

Also Read: Noelle Foley Isn’t Happy About The Undertaker Not Mentioning Mick Foley In His WWE Hall Of Fame Speech

On this day in Pro Wrestling history on April 1, 2007, World Wrestling Entertainment aired ‘WrestleMania 23’ LIVE on PPV from the Ford Field in Detroit, Michigan.

The event’s tagline was “All Grown Up”, while the official pay-per-view theme song was “Ladies and Gentlemen” by Saliva.