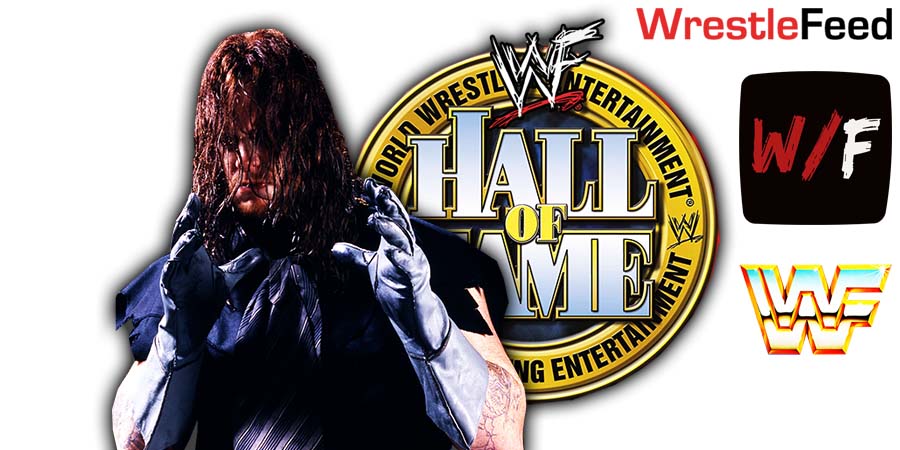 The Undertaker is officially a WWE Hall Of Famer. On Friday night, he delivered one of the greatest Hall Of Fame speeches of all time.

Taker thanked many wrestlers in his speech, but one name that he didn’t mention was Mick Foley, who he had a storied rivalry with during the 90s, including the most famous (or should we say infamous) Hell in a Cell match of all time.

Mick’s daughter Noelle Foley wasn’t happy about it and tweeted the following:

Tap here to read the complete highlights from The Undertaker’s Hall Of Fame speech.

This episode was pre-taped in Beaumont, Texas and featured matches, interviews & storyline segments on the road to the ‘WCW Spring Stampede 2000’ PPV.

10. WCW Hardcore Title On A Pole Match: Brian Knobbs vs. Norman Smiley vs. The Dog vs. Rick Fuller vs. Adrian Byrd vs. Dave Burkhead