CM Punk won the AEW World Championship for the 2nd time in the main event of the All Out 2022 pay-per-view, after he defeated Jon Moxley.

He was then involved in a backstage fight after the PPV, which resulted in everyone involved in the fight getting suspended.

Punk was stripped of the World Title. He suffered a triceps injury during the All Out main event, for which he underwent surgery.

He has stayed silent on social media since then, but finally took to Instagram stories to promote the “Blade of the 47 Ronin” movie on Netflix, because his wife AJ Lee is one of the writers for this movie. 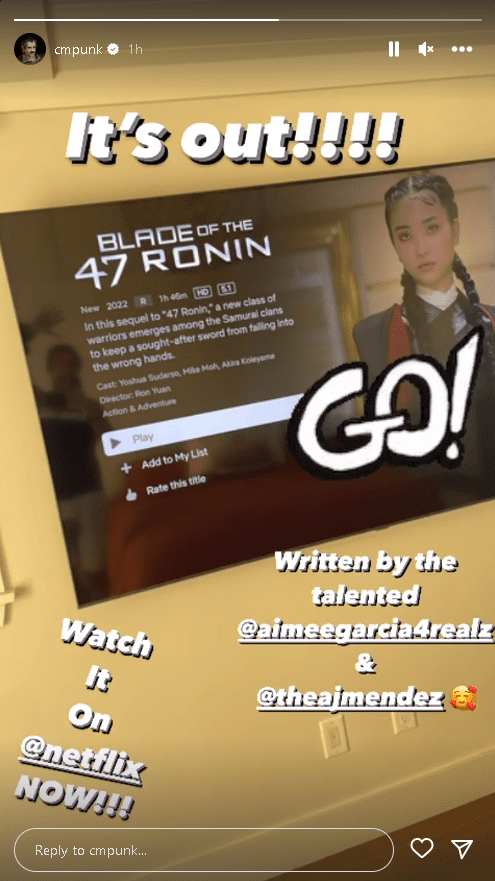 As we have noted before, Tony Khan is in talks with Punk to buy out the remaining years of his AEW contract. He isn’t expected to return to the company.

This episode was pre-taped at the Alltel Arena in Little Rock, Arkansas and featured matches & storyline segments on the road to the ‘WCW Halloween Havoc 2000’ PPV.