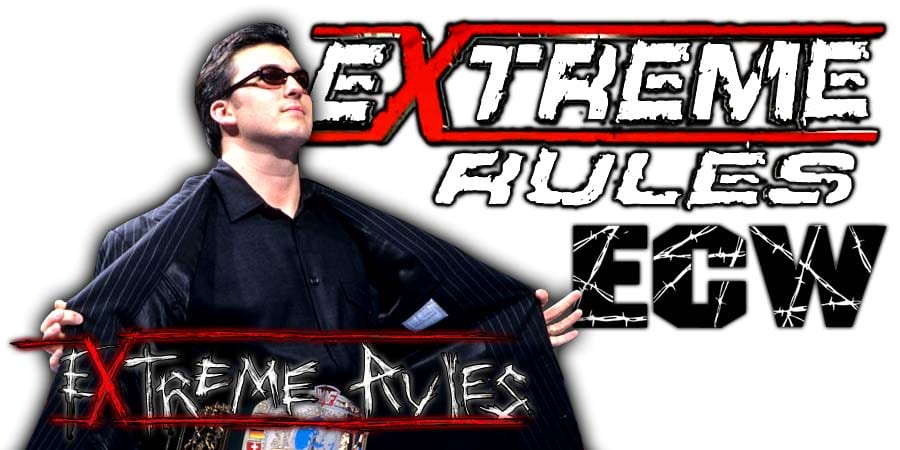 The team of Roman Reigns and The Undertaker defeated the team of Shane McMahon and Drew McIntyre in a No Holds Barred tag team match at Extreme Rules 2019.

After the match, The Undertaker showed respect to Reigns by telling him ‘This is your yard’.

A fan had ringside seats for this match and tweeted the following:

Former WWE wrestler CM Punk took a shot at “Best In The World” Shane McMahon by tweeting the following under this photo:

“Is that a fan that jumped in the ring?”

Punk later went on to delete this tweet, but you can check out a screenshot below: 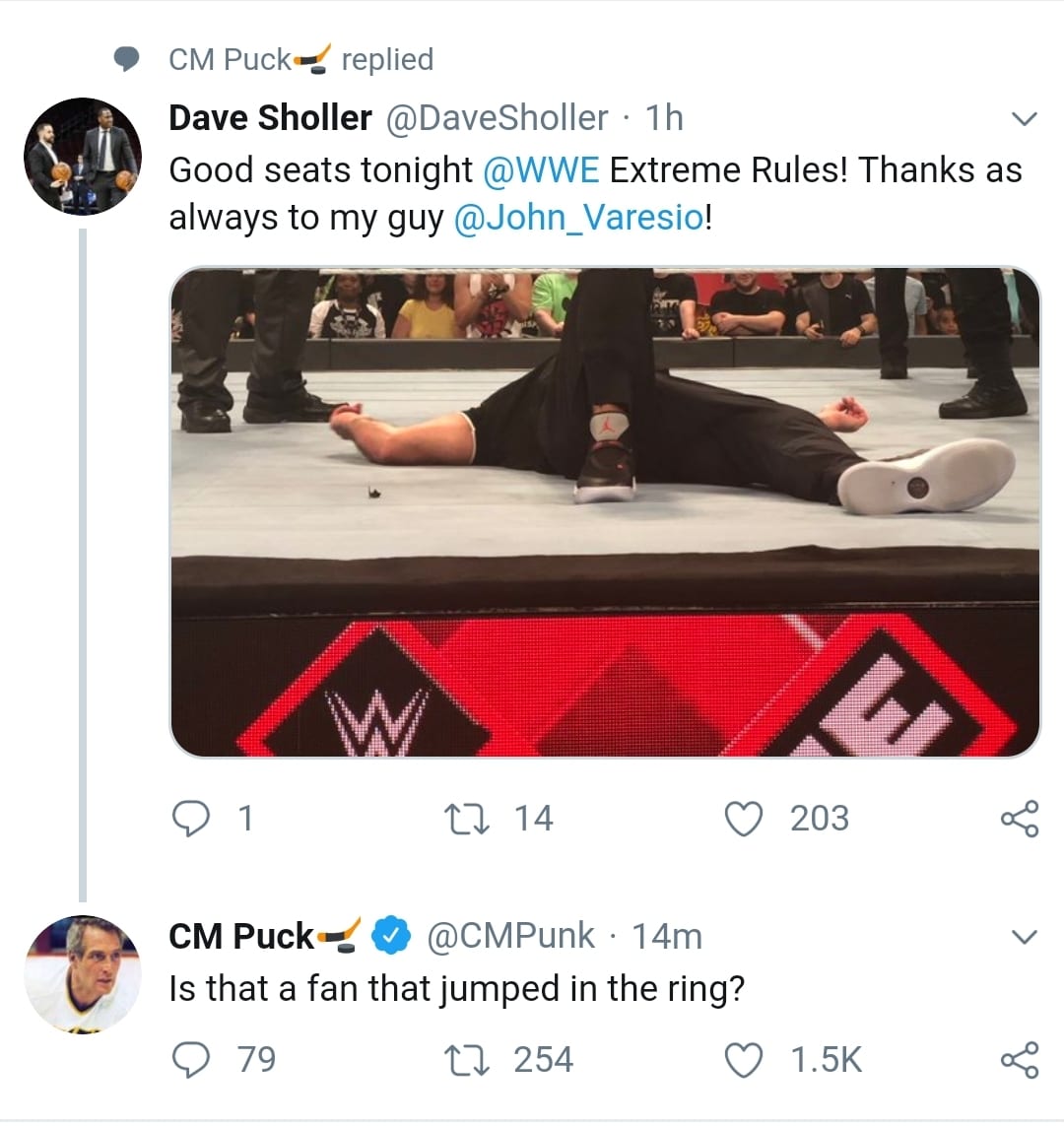 Earlier this year in April, Punk appeared on the Sauce & Shram show and talked about how WWE is taking a shot at him by calling Shane O’Mac “Best In The World”.

Below is what Punk said during the interview:

“I think he’s been calling himself the best in the world. And this is the funny thing about the company, is I could say, ‘Yea that’s a little shot at me,’ And you know, it probably is, but they’d deny it until the cows come home.”