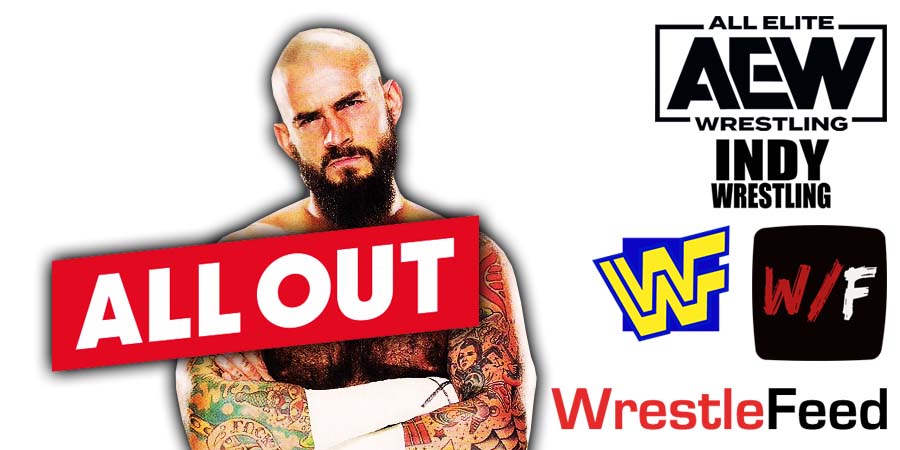 When the original story came out where both sides (CM Punk and The Elite) told their side of the story about the AEW All Out 2022 backstage fight, there was absolutely no mention of Punk’s dog Larry getting hurt.

The only mention of Larry was that Kenny Omega tried to protect him.

However, a new report from Wrestlinginc states the following:

“Punk’s locker room door was ‘kicked in’ and accidentally hit Punk’s dog, Larry, in the face.

At a pre-scheduled veterinarian appointment a few days later, Punk was informed that two of Larry’s teeth had been knocked loose and had to be removed.”

Fans are now questioning why Punk’s dog getting hurt story came out just now, after The Elite’s return was teased on last night’s Dynamite.

According to the Wrestling Observer, the story of Punk’s dog getting hurt is an outright lie:

“What was said is, basically, it’s an outright lie. I did have that told to me.

I had heard from [CM Punk’s] side on and off since a couple of days right after it happened. Never in 7 weeks have I heard anyone mention anything about the door opening and hitting the dog. The dog being hurt or anything like that. I just find that so weird.

The side that was trying to defend him, all along, never brought that up once, and now all of a sudden, that’s the story. And like I said, the other side just called it a lie.”

It was broadcasted from the Convention Center in Tulsa, Oklahoma and featured matches, interviews & storyline segments on the road to the ‘WWF Survivor Series 1997’ PPV.

– Legion of Doom vs. Los Boriquas