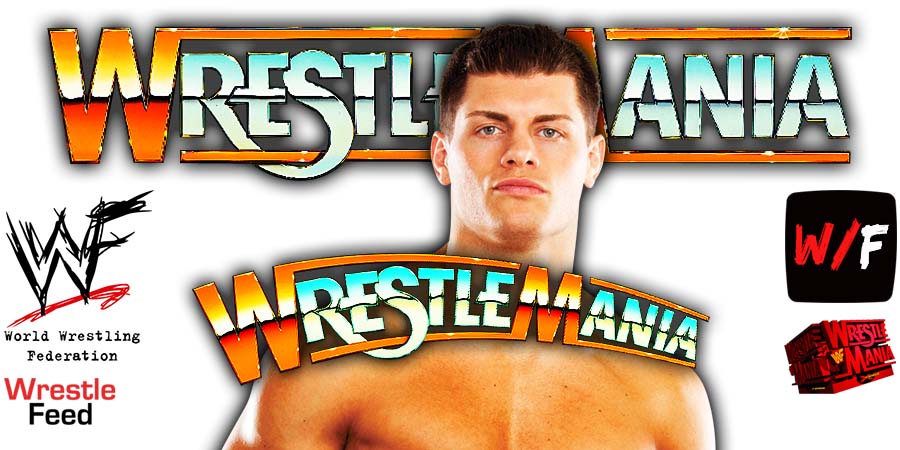 “Cody Rhodes’ return at WrestleMania rocked the WWE Universe and is now taking home the ESPY hardware for WWE Moment of the Year.

The honor was announced as Rhodes presented the ESPY for Best Comeback Athlete.

The American Nightmare topped 15 other nominees in fan voting to determine the 2022 WWE Moment of the Year.

The three other finalists included The Undertaker’s WWE Hall of Fame induction, “Stone Cold” Steve Austin raising hell at WrestleMania and Big E cashing in for the WWE Title on RAW.

Rhodes wasn’t the only one representing WWE in Los Angeles, as WWE Global Ambassador Titus O’Neil shined on the red carpet following his nomination for the Muhammad Ali Sports Humanitarian Award last year.

Rhodes’ match with Seth “Freakin” Rollins provided plenty of unforgettable moments at The Showcase of the Immortals and adds the ESPY Award to its legacy.

Congratulations to Cody Rhodes on the award-winning return!”

Scenes from the #ESPYS red carpet

EXCLUSIVE: @CodyRhodes reflects on winning the #ESPYS award for WWE Moment of the Year. pic.twitter.com/uwlPVXvSZz

Below are the previous winners of this award: