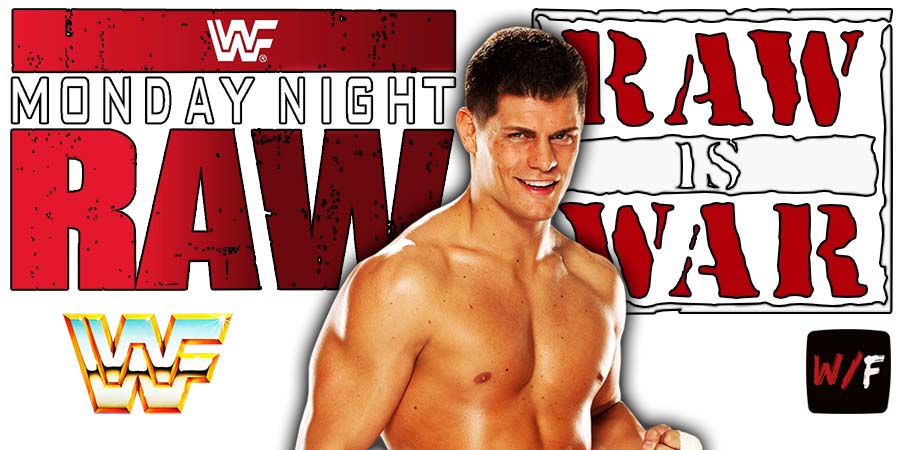 According to Andrew Zarian, RAW will go back to being a TV-14 program starting next week.

Prior to the PG-Era, WWE/WWF had some of its most famous eras and that’s when they had a lot of viewers:

With RAW moving back to a TV-14 rating, what can the fans expect? Well, if we’re going by the old standards, then expect the following things to return:

– Use of blood in matches

Cody Rhodes, who bled a lot during his matches in AEW due to their TV-14 rating, is happy about this news and tweeted the following:

– The Undertaker vs. Scrub

– The Beverly Brothers vs. Scrubs