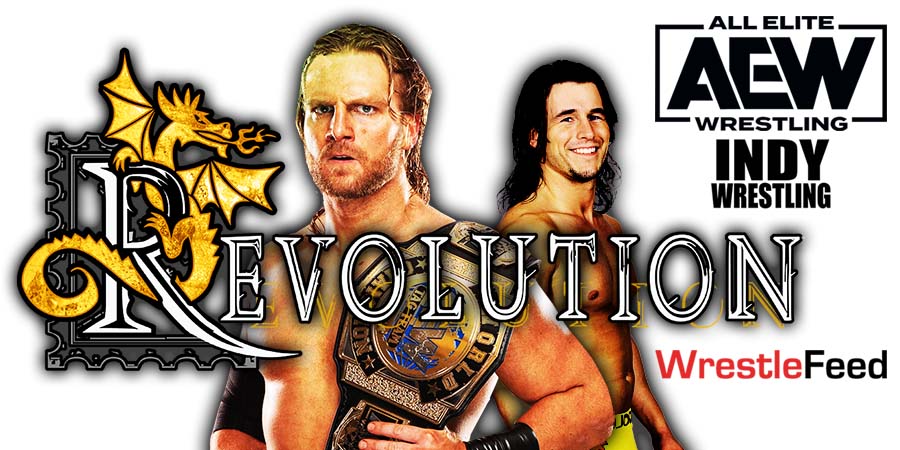 All Elite Wrestling’s 1st pay-per-view of the year, AEW Revolution 2022, took place tonight. Below are the results:

– Dog Collar Match: CM Punk def. MJF (Wardlow officially turned babyface during this match, when he didn’t give the Dynamite Diamond Ring to MJF, but gave it to Punk, who used it to win the match)

– Jon Moxley def. Bryan Danielson (Both men brawled after the match. William Regal then came out and slapped both of them. Bryan & Moxley then shook hands)

An important figure for both of these men, @RealKingRegal is here at #AEWRevolution! pic.twitter.com/mhjAfPn2Hp

Has the presence of the legendary @RealKingRegal unified @BryanDanielson and @JonMoxley? This story seems far from over! We are LIVE here at the #AEWRevolution PPV! pic.twitter.com/cBJuXYFoM8

What did we just witness from #TheIcon @Sting ?! 😱 #AEWRevolution is LIVE on PPV! pic.twitter.com/zTeRjBS03I

Also Read: Former WWE Champion Will Be Backstage At AEW Dynamite This Wednesday