– Sarray def. Mandy Rose via Count-Out in the opening match on tonight’s episode of NXT (After the match, Gigi Dolin & Jacey Jane put a towel over Mandy’s face to stop the bleeding)

– Ilja Dragunov celebrated becoming the NXT UK Champion. Ilja said before he goes back home, he wanted to show everyone that he’s still alive. More alive than he’s ever felt before.

– NXT Breakout Tournament Winner Carmelo Hayes is still deciding which Title he will challenge for. Legado Del Fantasma issued a warning to Carmelo that the NXT North American Title is Santos Escobar’s to win, not his.

– NXT Tag Team Champions MSK went to NXT General Manager William Regal and requested a match against Oney Lorcan & Danny Burch with their Titles on the line. Regal made it official for next week.

– During a sit-down interview with Wade Barrett, Samoa Joe said he needed to capture the NXT Championship because the precedent needed to be set. His third reign taught him that he needs to carry on this legacy and how he represent this brand. Joe asked who will step up and be his first challenger. 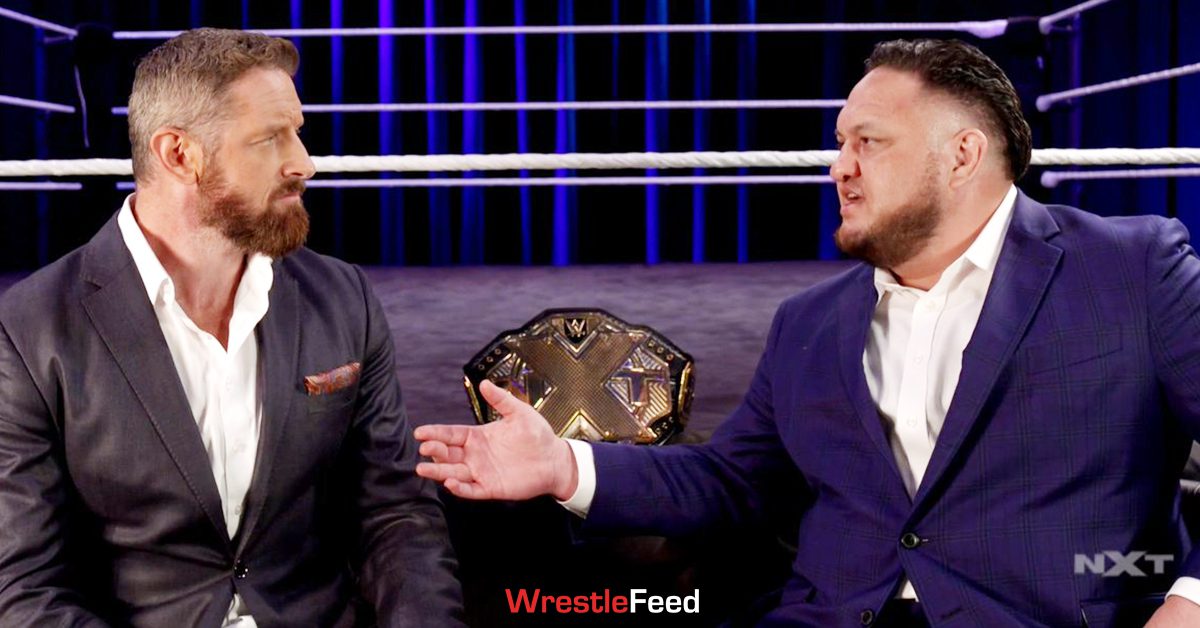 The following matches were announced for next week’s NXT:

– Mei Ying will have a match