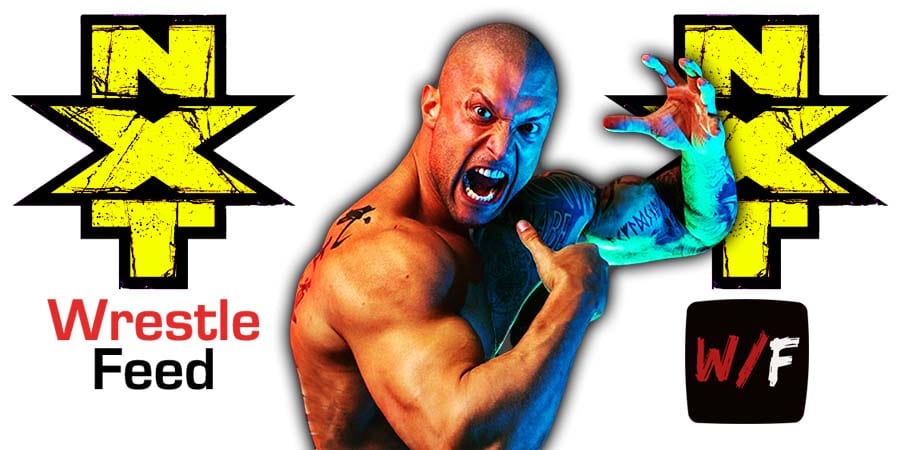 – Austin Theory def. Leon Ruff (Theory kept attacking Ruff after the match, but Dexter Lumis made the save. Lumis ripped off some of Theory’s hair)

– Pete Dunne confronted NXT Champion Finn Balor and Balor agreed to give him a Title match.

– Toni Storm def. Jessi Kamea via DQ after Mercedes Martinez interfered (Storm & Martinez were brawling after the match and NXT Women’s Champion Io Shirai came out and hit both of them with a Moonsault. This Triple Threat match will take place at NXT TakeOver: Vengeance Day and the NXT Women’s Championship will be on the line)

– Karrion Kross told Edge to think logically about if he wants to challenge for the NXT Championship because he wouldn’t be challenging Balor or Dunne, but the guy who never lose the title – him. Edge told Kross to be careful because that could motivate him to come back to NXT

Well they have MY attention! #WWENXT https://t.co/Jj8VI2xa6J