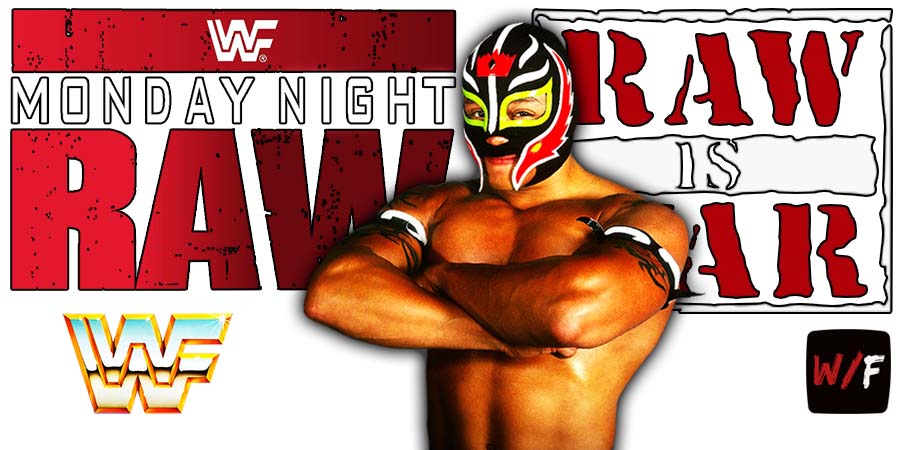 – Tonight’s RAW kicked off with WWE Champion Big E cutting a promo in the ring. Big E said Universal Champion Roman Reigns made their match personal as he went after his family: Kofi Kingston & Xavier Woods. Big E claimed he’s gonna beat Roman’s a$$ and put him in a Brooklyn hospital at Survivor Series this Sunday night.

Big E then called out Kevin Owens to the ring. Owens said he snapped last week, and told Big E that he can go to hell. Owens claimed if everyone wants him to be the bad guy then why fight it. Owens said he will break bad on Big E, and Big E will have no one to blame but himself.

Sonya Deville then booked Big E & Riddle vs. The Usos.

– Bianca Belair def. Tamina Snuka (After the match, Doudrop came out. Doudrop said she will be looking for Bianca after Survivor Series)

Becky told Liv she was gone for a year and came back and won two Titles, while Liv has done nothing in all that time. Liv said Big Time Becks is a Big Time B*tch.

Also Read: Former Intercontinental Champion Says He’d Return To WWE For One Night If They Induct Him Into The WWE Hall Of Fame In 2022

This episode was broadcasted from the Conseco Fieldhouse in Indianapolis, Indiana and featured matches & storyline segments on the road to the ‘WWE New Year’s Revolution 2005’ PPV.