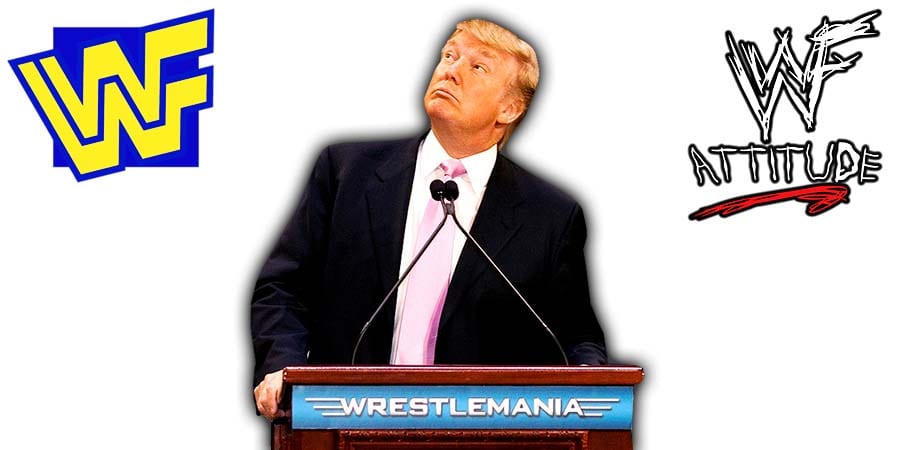 As we reported a few day back, ongoing investigation in WWE revealed another $5 million in payments made by Vince McMahon in 2007 and 2009.

These payments were made at the same time when Trump was involved in storylines in WWE in 2007 (WrestleMania 23) and 2009 (RAW).

During this investigation, Trump’s WrestleMania 23 contract was reviewed and Trump asked McMahon to send a $4 million WrestleMania appearance fee to his charity.

The WrestleMania 23 contract for the “Battle Of The Billionaires” also stated that under no circumstances would McMahon be allowed to shave Trump’s head, even if the wrestler representing Trump (Umaga) dropped dead in the ring.

After the event, Trump said Vince paid him another $1 million due to the success of WrestleMania 23.

WWE Attorney Jerry McDevitt said the following about this:

“Mr. Trump and WWE entered into a contract whereby WWE agreed to and did pay him personally an appearance fee of $1 million.

At the same time, the McMahons made a personal contribution to the Trump Foundation of $4 million.

There was no additional fee paid to Mr. Trump, or any additional contribution to the Trump Foundation, due to the success of the event.”

So in the end, out of the $19.6 million in unrecorded expenses, only $5 million isn’t hush money.

The Undertaker vs. Who