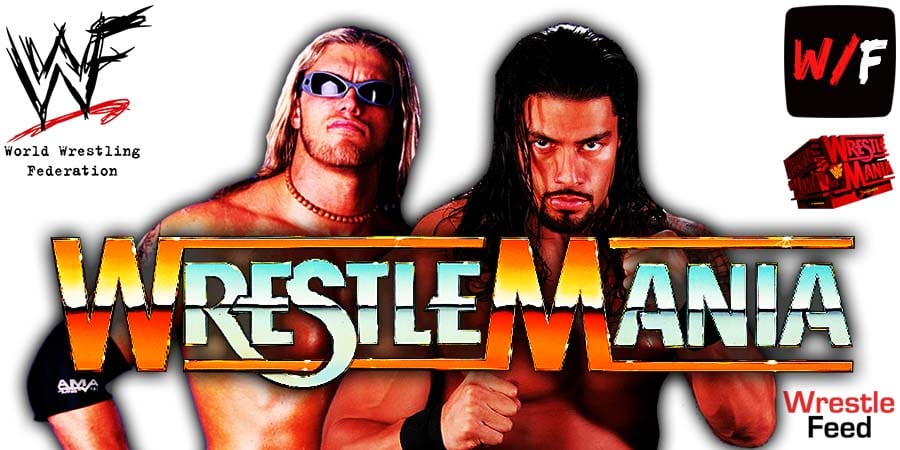 However, he got no rest as Roman Reigns came out for the match immediately after the Elimination Chamber match was over.

Reigns beat Bryan in under 2 minutes as Bryan passed out to the Guillotine Chokehold.

After the match, Men’s Royal Rumble 2021 winner Edge speared Reigns, pointed to the WrestleMania 37 sign to signal that he has chosen Reigns as his opponent at WrestleMania, and the pyro went off. WWE then officially announced this match.

WWFOldSchool.com has been told that Roman Reigns vs. Edge for the Universal Championship will be the main event of Night 2 of WrestleMania 37 on April 11.

On the other hand, the WWE Championship match will be the main event of Night 1 on April 10, and as we noted earlier today, Drew McIntyre will be a part of it (tap here to know why, warning: spoiler inside).