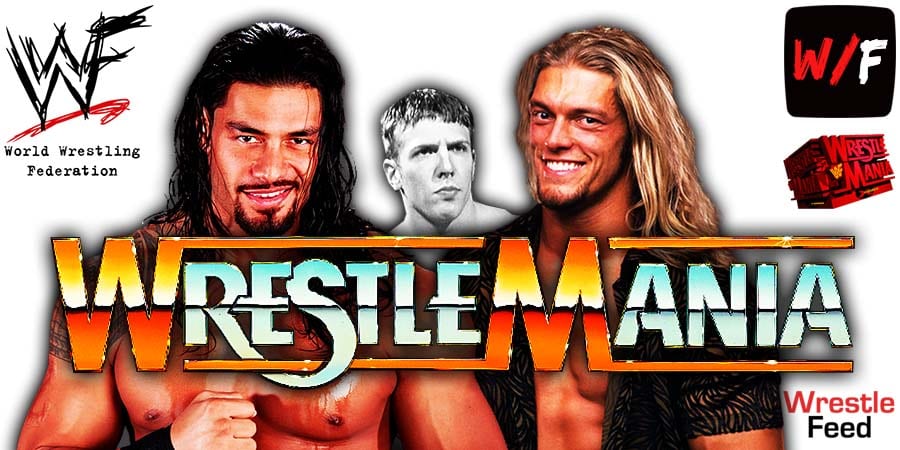 • Daniel Bryan Says He Wasn’t Needed In The WrestleMania 37 Main Event, Tried To Get Out Of It

During a recent interview with BT Sport, Bryan noted that he wasn’t needed in this match and that it should’ve stayed a singles match between Reigns & Edge.

Gosh, it was shortly after Elimination Chamber and in the build-up to the singles match I had with Roman at Fastlane. I was like, this is going to be a stick Daniel Bryan in here thing.

Not to say that I didn’t want to be a part of it, but I just thought it was such a strong main event just the two of them. Everybody has their thing.

This one didn’t feel like it needed me, but it’s all water under the bridge now. Maybe that’s part of the thing is this constant thing in the back of my mind being like, ‘Hey, I’m not sure I should be in this match’ is one of the reasons why I had that weird reaction to actually being out there on WrestleMania.