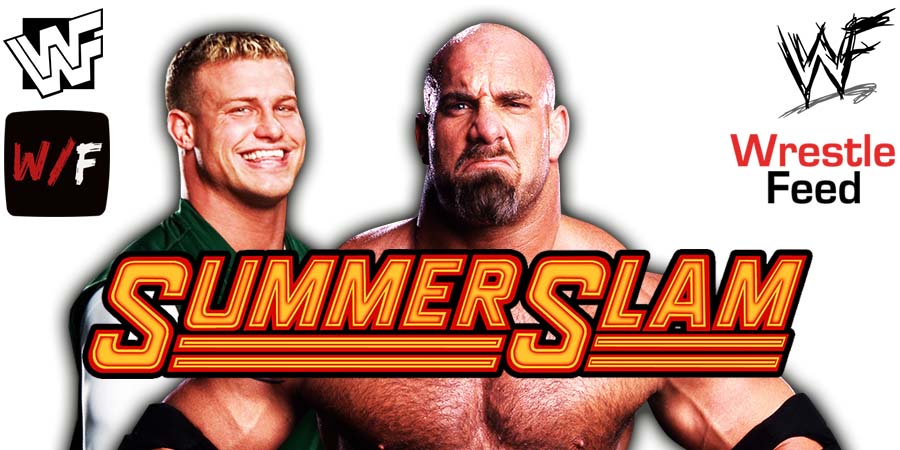 After Goldberg’s match against The Undertaker at WWE Super ShowDown 2019 didn’t go the way it was supposed to go, due to Goldberg suffering a concussion during the match, Dolph Ziggler began taking shots at the WCW Legend.

Ziggler began insulting Goldberg during his promos on RAW, which resulted in Goldberg making a surprise appearance on the August 5, 2019 episode of the red brand.

Goldberg then signed a contract for a match against Ziggler and said:

“Dolph Ziggler…guess what, son? You’re Next!”

Ziggler still has issues with Goldberg and tweeted the following when WWE posted a video of Goldberg saying the above stated line 3 years ago:

“Willing to bet he injured that mic.”

Willing to bet he injured that mic https://t.co/g2y9qFAPZM