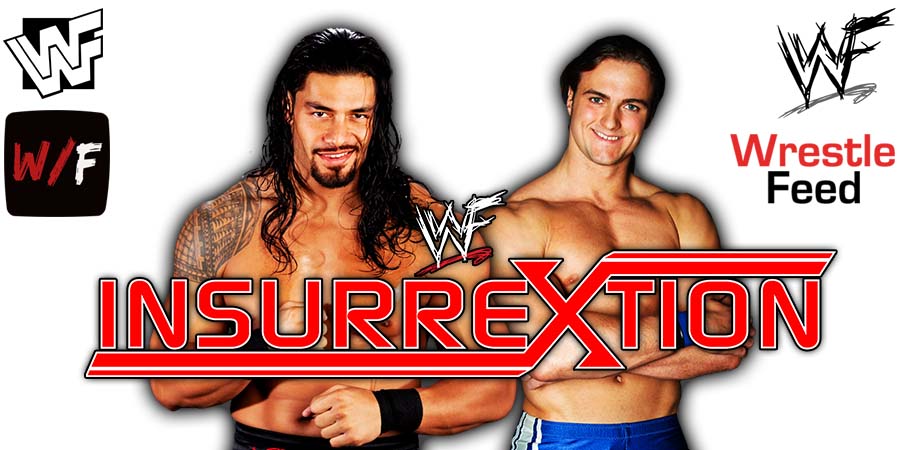 In the main event of the WWE Clash At The Castle 2022 premium live event in the UK this Saturday, Drew McIntyre will challenge Roman Reigns for the Undisputed WWE Universal Championship.

This will be a big night for McIntyre, as he looks to end Roman’s historic 2-year reign as champion and finally have his big World Title win moment in front of the fans (as fans weren’t in attendance for his 2 WWE Title wins in 2020).

McIntyre has noted in the past that he wants to bring his old “Broken Dreams” entrance theme song back.

He has been teasing the return of this song by posting lyrics from this song to promote his match against Reigns.

He did it once again, and this time even played the song in the video where he was seen training for this big match.

While there has been no official confirmation, it’s safe to say that Triple H will allow Drew to use his epic old theme song again this Saturday.

WWE has also released the moving graphics video for Reigns vs. McIntyre:

Can @DMcIntyreWWE be the one to vanquish Undisputed WWE Universal Champion @WWERomanReigns at #WWECastle? @visitwales

WWE Clash at the Castle streams LIVE from @principalitysta this Saturday at 1 PM ET / 10 AM PT on @peacockTV in the U.S. and @WWENetwork everywhere else. pic.twitter.com/e4b1IQGJns