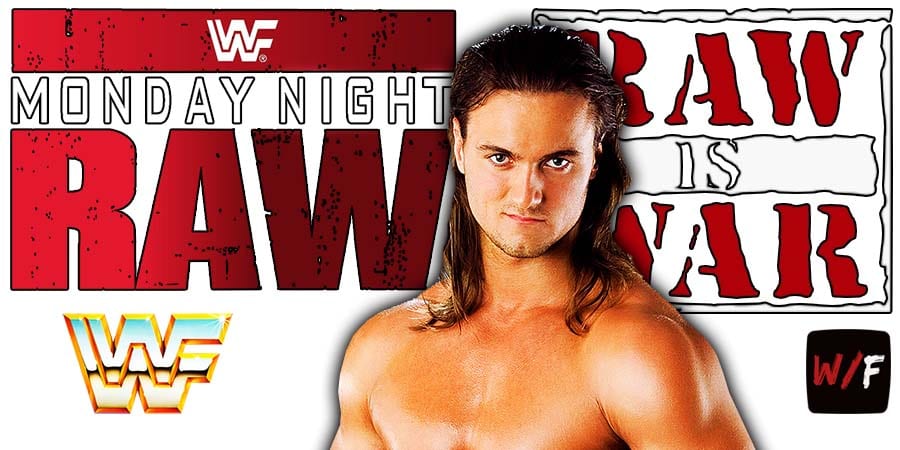 On this week’s episode of RAW, former WWE Champion Drew McIntyre said something that seemed like he took a shot at AEW’s dud ring explosion at Revolution 2021 pay-per-view.

Here’s what McIntyre said in his promo before the RAW main event:

“I noticed that MVP made some guarantees tonight. That’s such a dangerous thing to do in this industry. If you make a guarantee and don’t deliver, fans get upset and sparks fly.

Now, I’m going to make a guarantee right now. At Fastlane, Sheamus and I are going to produce a level of physicality that has never been seen before.”

"A guarantee is a dangerous thing in this business. When you make a guarantee and don't deliver, fans get upset. Sparks fly!"

Drew McIntyre on #WWERaw taking a shot at AEW? pic.twitter.com/S799mNAd39

Drew Mcintyre just, referenced failed promises and sparks flying. Is he talking about, the sparklers, at AEW Revolution. Caught that channel flipping. #WWERaw

During an interview with Forbes, McIntyre was asked about this and he denied it being directed towards AEW.

“Everyone seems to think ‘writers are gonna put all this together,’ they don’t. Drew McIntyre’s out there, and I’ve got no idea what I’m gonna say and I kind of say how I feel.

I saw [MVP] saying the ‘guarantee’ thing, and I thought to myself ‘everyone always says guarantee, and when you say guarantee you really gotta back up that, you’ve gotta deliver on your guarantees. What can I say out there that I can guarantee? Sheamus and I are literally going to beat the absolute hell out of each other, and it’s gonna hurt. I might as well tell the truth.’

I went out there, I said that, and I [heard] ‘sparks fly’ come out my mouth. I didn’t think twice about it, I just rolled right through it, I said my whole interview and watched the match ringside — which was an awesome match — and I came back, and somebody came up to me and said, ‘I saw what you did there.’ ‘What did I do?’ And then they played it out to me and I went, ‘oh, yeah, that could be taken that way’.

Maybe subconsciously I made a joke…I don’t like that back-and-forth stuff, I don’t see the point, it’s not good for business.”