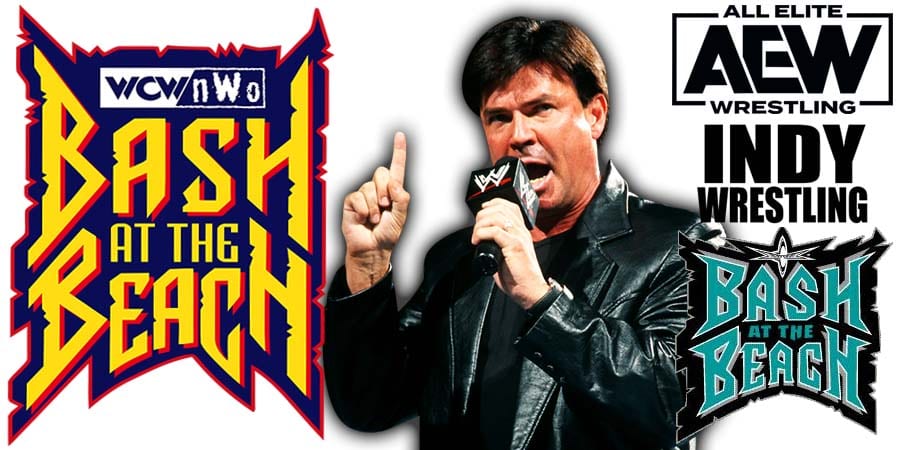 In various other territories they were mostly known as ‘The Southern Rockers’ Rex King (Timothy Well) & Steve Doll (Steven Dunn).

As we noted earlier, AEW will present a special “Bast At The Beach” edition of Dynamite next week and WWE Hall of Famer Diamond Dallas Page will be wrestling on the show (tap here for more details).

During a recent edition of his 83 Weeks podcast, former WCW President Eric Bischoff gave his thoughts on AEW using “Bash At The Beach” name:

“My first reaction was ‘that’s great!’ because it’s such a great, you know, it’s got such great history.

It was one of WCW’s tentpole PPVs and there was a lot of brand equity in that PPV brand. I was excited that somebody had the foresight to say ‘hey, this is available, take that!’

As long as they are doing enough other things to differentiate themselves, to truly present something that the audience recognizes as a real alternative and not kind of, sort of an alternative.

I would caution them to not do too many WCW legacy PPVs. They need to create their own unique, really cool branded events.”