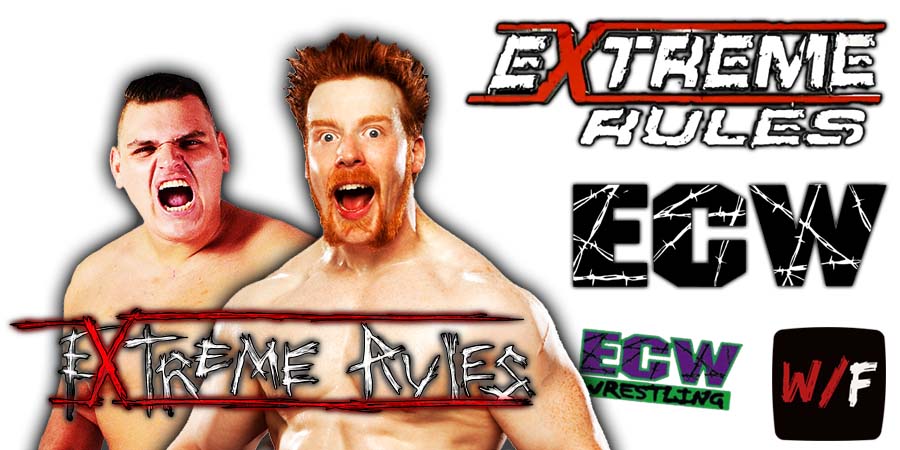 This is the 14th annual event under the “Extreme Rules” banner and the first Extreme Rules event to take place in October.

The main show begins with the Donnybrook Match. Sheamus’ Brawling Brutes make their way out first. While they are making their entrances, a teaser for The White Rabbit interrupted their entrance.

Imperium makes their way out next and all men are competing in this match at the same time, there will be no tags!

After being taken out by Imperium early on in the match, Sheamus makes a comeback and is dominating Gunther.

Sheamus hits Gunther with a Brogue Kick and goes for the cover, but Giovanni Vinci breaks it up by hitting a Splash on Sheamus.

The Celtic Warrior locked in the Cloverleaf Submission on Gunther, but Ludwig Kaiser breaks it up this time, by hitting Sheamus in the back with the Shillelagh.

Gunther hits Sheamus in the face with the Shillelagh and goes for the cover, but Sheamus kicks out, and Gunther is frustrated.

Now, Gunther is looking to hit Sheamus with a Powerbomb, but Butch & Ridge stop the ring general. They grab Gunther’s arms and Sheamus hits him in the head with the Shillelagh!

Sheamus puts Gunther through the announce table with the Celtic Cross! Sheamus hits Vinci with the Brogue Kick to pick up the win!

The Brawling Brutes def. Imperium in a Donnybrook Match