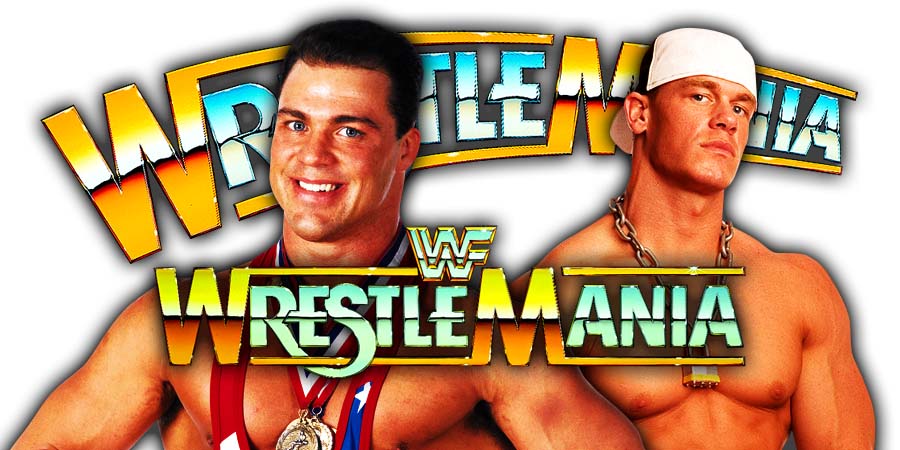 From 1996 till 2000, Villano V also worked for Ted Turner’s World Championship Wrestling as one of the many luchadors they had under contract during the famous days of the ‘Monday Night War’.

In 2009, he had to unmask after losing a ‘Mask vs. Mask’ match in Mexico and from that point forward he wrestled under his real name.

As we noted before, WWE is trying to lower the number of matches on the WrestleMania 35 match-card.

Rajah is reporting that WWE is trying to lower the number of matches for the WrestleMania 35 match-card (including both pre-show & main show).

PWInsider then reported that WWE is expected to cancel the planned RAW & SmackDown Tag Team Title matches at WrestleMania 35.

The Revival vs. Aleister Black & Ricochet for the RAW Tag Team Titles and The Usos vs. The Hardy Boyz for the SmackDown Tag Team Titles was expected to take place at WrestleMania 35.

With that being said, below is what the final WrestleMania 35 match-card will look like:

In case you are confused by reading that one of the matches stated above is Kurt Angle vs. John Cena, you can tap here to read more about it.

It’s quite possible that one more match gets added to the above stated match-card, which could be The Undertaker vs. Elias in an impromptu match.