After last night’s Dynamite went off the air, All Elite Wrestling taped this Friday’s episode of AEW Rampage from the Arthur Ashe Stadium.

The main event of the show was a Lights Out Tag Team Match between Jon Moxley & Eddie Kingston and Lance Archer & Minoru Suzuki.

Moxley got handcuffed in this match and was being attacked with kendo sticks and trash can lid.

This led to former TNA star Homicide making his AEW debut. He interfered and helped Moxley & Kingston win the match. 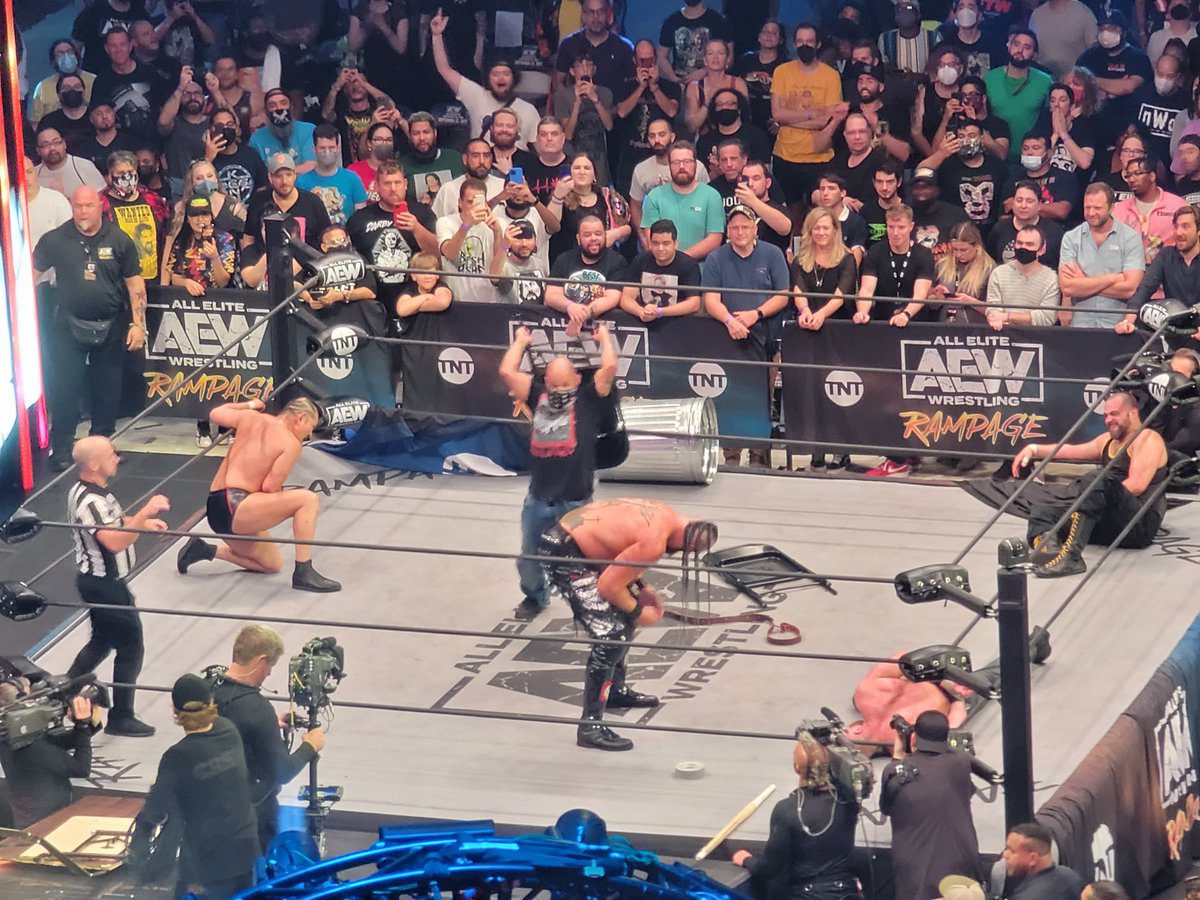 – Mean Gene Interviews The Macho Man At His Home

– The Rockers vs. Barry Hardy/Dwayne Gill

– The Funeral Parlor with Ric Flair & Bobby Heenan as guests

– Bret Hart vs. The Brooklyn Brawler