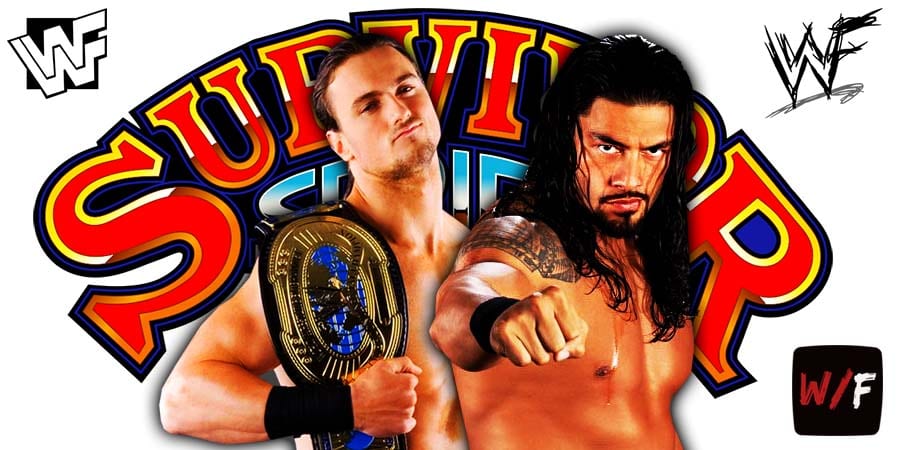 “If she never signed any paperwork with them, I promise you what they did was probably illegal. Now they can say they fired her for other reasons outside of that, but I think it was pretty apparent they made an example of her because she didn’t go along with the flow on Twitch like everybody else.

What they do is they create new paperwork. This is what they did when I was there. They herd the talent into a room and they force you to sign. They are literally adding to the contract. It really puts people in a tough position because you’re damned if you do and damned if you don’t. So I’m curious, if she’s using her real name on that and she never signed that new paperwork, they can find themselves in a messy situation.

I put out I support her and #F*ckWWE and that did decent. And I mean that because it really bothers me. Because she’s super-talented…I get both sides of it and I never want to talk bad about wrestlers because we’re our own worst enemies. When you’re there and making that money, do I expect people to all of a sudden jeopardize that? The problem is – and this is what’s happened – she takes a stand and who else is with her? Nobody, nobody, nobody! That’s why I put that out, because it takes great courage to do that.

I guarantee you she got a message from probably the majority of the talent there commending her and saying how much they respect her. But they publicly won’t do a damn thing, and that’s the problem. Now if everybody that day and everybody in that company– if Roman said, ‘Guys, we’re not doing this anymore.’ And Drew, Drew the leader, right? A real leader would have done that and not just go with the flow. I love Drew and I love Roman, but you can’t count everybody because somebody’s gonna go tell the office, and that’s what happens.

The fact that Zelina Vega was working for the largest wrestling promotion in the world on TV every week for years, being used and highlighted, and she was making more money on Twitch? That goes to show what they do, and I’ve talked about this – they give you these low downsides and they try to milk that as long as they can. And then eventually [they give] a little more down the line. But they’re taking advantage of human beings. If you’ve worked there for 5 years, you should be good, but they’re not. And that’s why people have to stay there so long…

It creates that hostile, negative work environment, and from everything I’ve heard, AEW is the complete opposite. They use the word ‘team’ there. Man, that appeals to me as an athlete and wrestler so much more than the WWE environment. I can get behind that. I’m so happy she’s out of that environment. I’m telling you, it might suck for a little bit in not seeing some of the people, but she’s gonna be so much happier when she goes to another company. If she goes to AEW, it will be the best decision she’s ever made in taking a stand for herself.”

– Adam Bomb vs. The Black Phantom