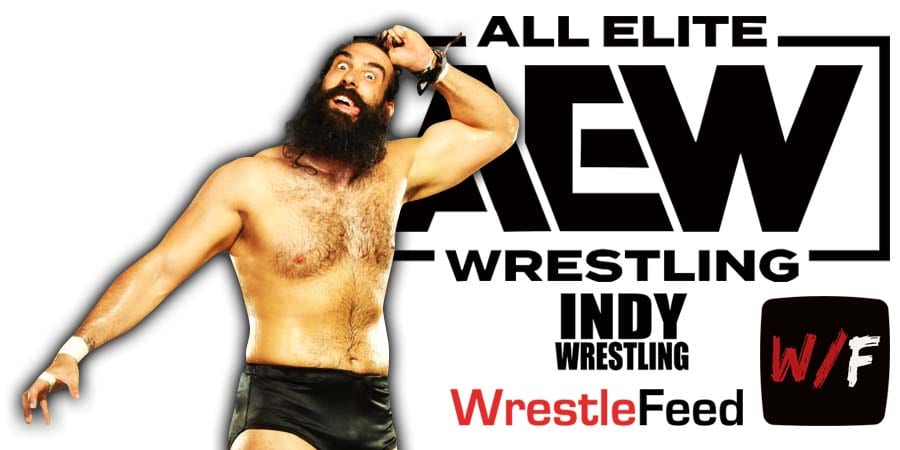 AEW wrestler Brodie Lee passed away at the age of 41 this past Saturday night due to non COVID-19 related lung issues. He was in the hospital since late October.

While the whole pro-wrestling community was mourning Lee’s passing, Bruce Mitchell of PWTorch decided to speculate on the “actual” cause of Lee’s death.

He stated in his column that although he’s not a doctor, he has never heard of an athlete in the size and shape of Brodie Lee suddenly developing a lung condition that serious that quickly. He couldn’t believe it because Lee had excelled in his last two matches in AEW.

“@mitchellpwtorch Bruce. I hope one day you look back on yourself with extreme disappointment & gross embarrassment.

You don’t know a fraction of what you ‘think’ you know & your speculation is heartless. Do better.”

@mitchellpwtorch Bruce. I hope one day you look back on yourself with extreme disappointment & gross embarrassment.

You don’t know a fraction of what you ‘think’ you know & your speculation is heartless. Do better.

The article has now been taken down from the website, but Mitchell still stands by his words and the decision to post it at the time he did.

I’m glad the article has been taken down. It was the right thing to do. The next course of action, I believe, should be a sincere apology. Thank you. @PWTorch @thewadekeller @mitchellpwtorch https://t.co/PdCdWoMxuU pic.twitter.com/4wXFE5xEaC

It was broadcasted from the Nassau Coliseum in Long Island, New York and featured matches, interviews & storyline segments on the road to the ‘WWF Royal Rumble 1998’ PPV.

1. The Disciples of Apocalypse vs. Los Boriquas