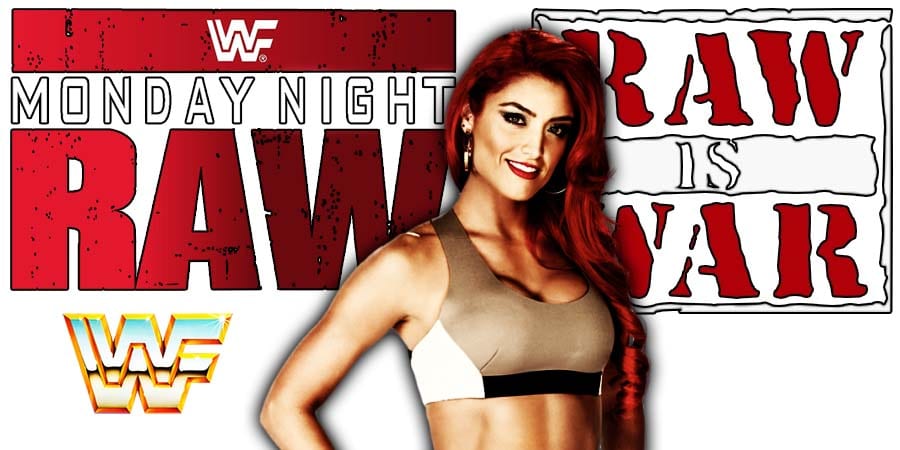 Eva Marie finally made her live return to RAW on this week’s show.

According to Fightful Select, the new name pitched for her is “Dew Drop” or “Doudrop”.

According to a previous report that we posted, Eva is going to be used as a vehicle to get other wrestlers over. So it is possible that Piper is in line for a big push.

During his appearance on Legion Of RAW podcast, former WWF writer Vince Russo said the following about Eva Marie’s booking on RAW:

“I’m telling you right now, I hate to say this but this is a rib, an absolute rib on Eva Marie. This girl is a movie star, a top class athlete, stunning, looks like nobody else and look what they do to her the first time we see her.

I’m telling you Eva Marie, this is a rib. You know what Eva Marie needs, I’ll tell you right now, behind the scenes, seriously, and she probably does. I hope she has an agent representing her who I think is a bonafide star saying, ‘What are we doing here?’ My client has established a persona, worked hard, she is multi-media, you are lucky to have her in this company, what exactly are we doing here?

Along with the other Freebirds, Michael Hayes, Terry Gordy (†) & Jimmy Garvin, he was posthumously inducted into the WWE Hall of Fame in 2016.