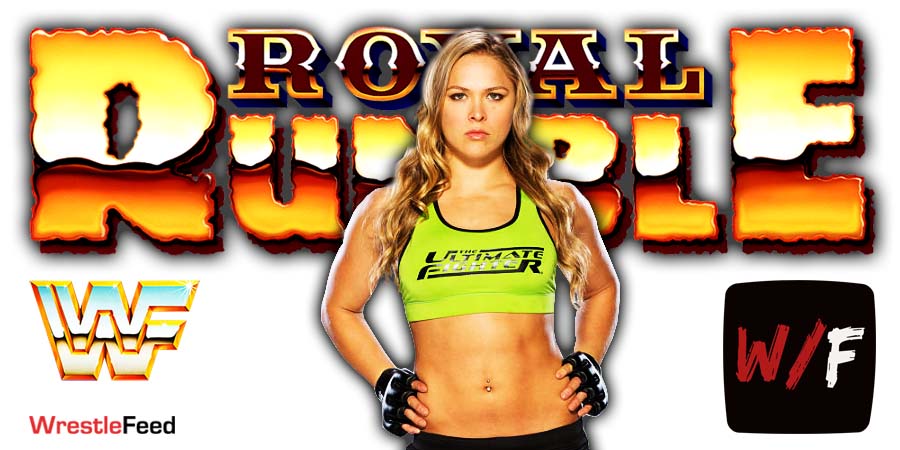 She competed in the Women’s Royal Rumble match and won by eliminating SmackDown Women’s Champion Charlotte Flair in the end.

As we reported yesterday, Charlotte Flair vs. Ronda Rousey for the SmackDown Women’s Championship is the plan for WrestleMania 38.

This means Rousey will be a part of SmackDown, even though she will appear on RAW on Monday (as her Title feud with Charlotte hasn’t officially begun yet).

According to the Wrestling Observer, FOX Officials are very happy about Rousey’s return to WWE programming:

“FOX is really happy they got Ronda Rousey on their show.”

After her win last night, Rousey said the following in a backstage interview:

This episode was pre-taped at the Von Braun Civic Center in Huntsville, Alabama and featured matches, promos & storyline segments on the road to the ‘WWF WrestleMania IV’ PPV.