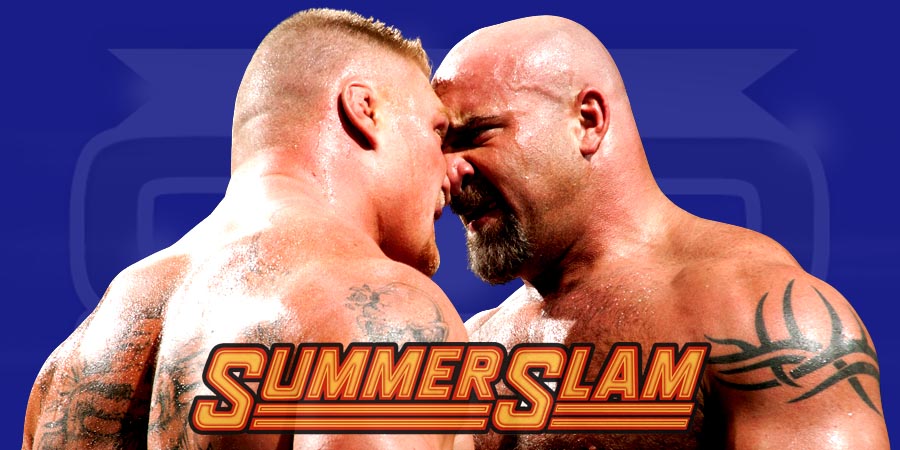 However, Eva Marie got suspended for 30 days due to a WWE Wellness Policy test failure. There’s speculation that former Divas Champion Nikki Bella might be making her in-ring return tonight at SummerSlam 2016 and replace Eva in the tag team bout. Nikki, who has been out of action since last year due to a neck injury, was cleared to return to in-ring action a few days back.

“I am a young buck, I am a young stallion. No offense to Goldberg but his day has come and gone. Goldberg’s past his prime and he can’t hang with me. Bottom line. That’s what I am saying.”

During an interview at the WWE 2K17 launch party, Goldberg said that he would like to face Rollins if he returns to WWE because he ran his “little crossfit mouth” about him and he would like to introduce him to his fist. Below is the Goldberg interview: