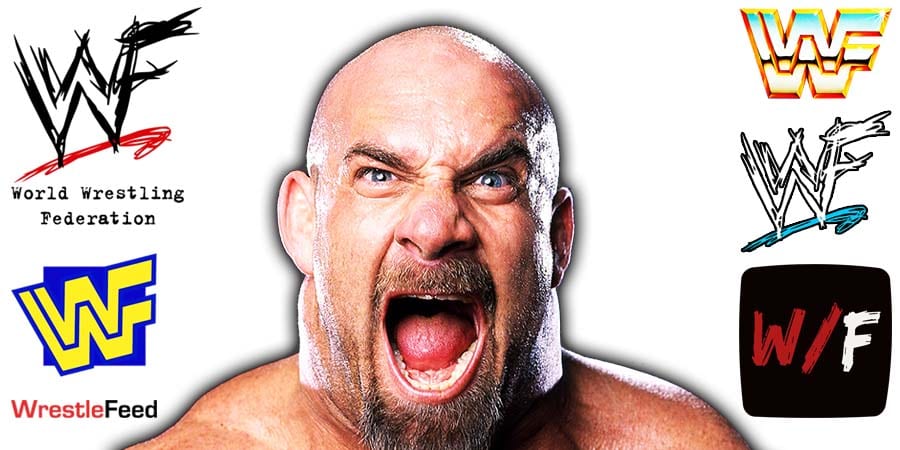 Old School WCW Legend Bill Goldberg wrestled the final match of his most recent WWE contract, when he lost his title match to the WWE Universal Champion ‘The Tribal Chief’ Roman Reigns at this year’s WWE Elimination Chamber PPV in Saudi Arabia.

The former WCW World Heavyweight Champion was interviewed on the newest episode of the ‘The Rich Eisen Show’ podcast, where he revealed that he never liked to watch his own matches or segments, because he’s too critical of himself.

Here’s what Goldberg had to say:

“No, I have not watched my A&E/WWE Biography episode. I’ll be honest with you, I don’t really like to watch anything that I’ve, quote unquote, ‘performed in.’ But I have seen excerpts, and you know, barring myself tearing up a little bit, I was quite entertained before I had to turn it off.

So, you know, like I said, I don’t like to watch anything that I’m in, actually. I’m always quite critical of myself, whether it’s a documentary or whether it’s a live performance. I’m just that meathead that always likes perfection.”

After his WWE contract expired, he underwent a shoulder surgery and there’s no update on when he’ll be back on WWE TV, but knowing Vince McMahon, he will probably bring back the 2018 WWE Hall of Famer at some point, because that guarantees good ratings.

Goldberg actually joining Tony Khan’s All Elite Wrestling can not be ruled out entirely, but is still highly unlikely to happen.

Also Read: WWE Made $40 Million By Booking Goldberg To Defeat The Fiend