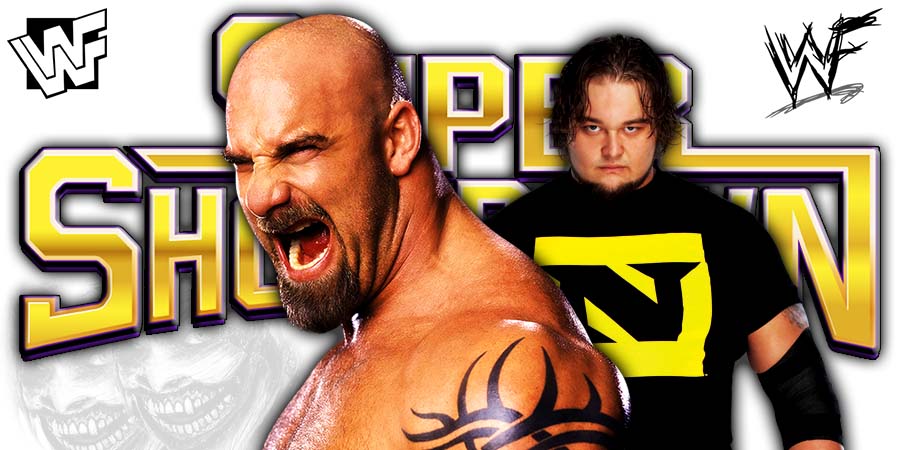 • WWE Made $40 Million By Booking Goldberg To Defeat The Fiend

At WWE Super ShowDown 2020, WWE Hall Of Famer Goldberg defeated “The Fiend” Bray Wyatt to win the Universal Championship for the 2nd time in his career.

WWE makes huge money from their Saudi Arabia shows, even more than what they make from WrestleMania.

Vince McMahon gives Saudi Arabia Officials what they want and they receive a huge amount of money in return.

Goldberg defeating The Fiend was considered highly controversial, but WWE ended up making $40 million from it.

On the Strictly Business podcast, former WCW President Eric Bischoff noted that the wrestling business is all about the money and WWE made the right decision back in February 2020.

You’re gonna give the customer what the customer wants for $40 million bucks. You’re the chairman of the board of a publicly held company. Are you going to have to answer to your shareholders because you turned down 40 f**king million dollars because you didn’t want a character to lose?

If a character is strong, and Bray was, that loss isn’t going to matter. A strong character can take a loss.

Let’s assume that loss to Bill Goldberg for the sake of argument, in Saudi, absolutely caused Bray Wyatt to hit a roadblock. Brick wall. Boom. Crash. Does that cost you more than $40 million dollars?”

Paul Orndorff vs. B. Brian Blair

Andre the Giant vs. Samula