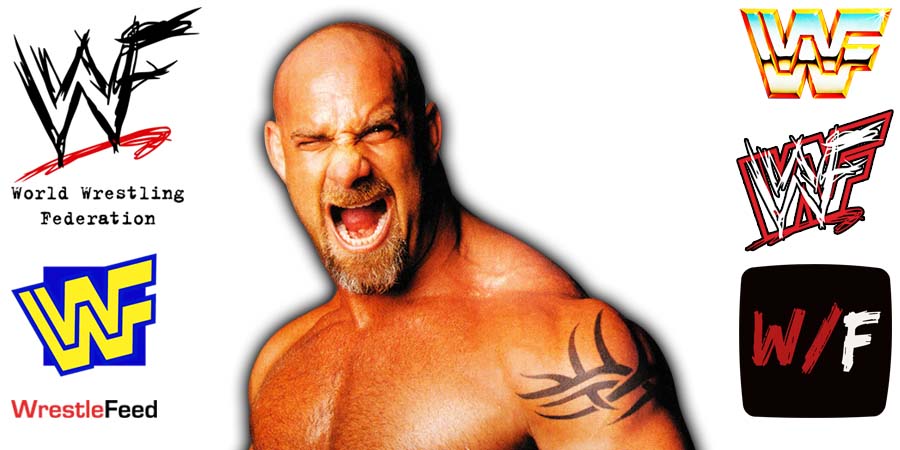 • Goldberg Gives A Major Update On His WWE Status

Goldberg repeatedly said in interviews that this was the final match of his current WWE contract, so everyone thought his contract expired after that match and that he’s a Free Agent now.

During an interview with The New York Post, Goldberg revealed that while he completed the number of matches he was obligated to do, he’s still under contract and could get a call from WWE anytime:

“I’m still waiting for that one [call] to happen one of these days. But I suppose you never retire in the wrestling world until you’re dead, so who knows.”

Goldberg also noted that he hasn’t underwent a shoulder surgery yet, but will eventually need to because his shoulder was “absolutely destroyed over the past 4 or 5 years.”

He noted that he was able to hide his shoulder injury from everybody during his recent WWE run:

I just kind of needed that break. I needed the mental focus of understanding that surgery wasn’t an option at the time and I needed to put my a$$ to the grindstone.

Goldberg said he’s in “pretty good damn shape right now”, even better than the shape he was in when he faced Reigns & Bobby Lashley.

Also Read: “I flew to Saudi Arabia knowing I was going to lose” – Goldberg Clarifies False Rumors About Match With The Fiend

On this day in 2007, we lost Old School ECW Veteran John Kronus (Real name: George Caiazzo) at the age of 38 due to heart failure.

John Kronus is well remembered for being one half of the Tag Teams ‘The Eliminators’ (with Perry Saturn) and ‘The Gangstanators’ (with New Jack) in Paul Heyman’s Extreme Championship Wrestling.

He retired from pro-wrestling in 2002 but the last time we saw him was, when he appeared at the independent ECW Tribute Show ‘Hardcore Homecoming’ in 2005.