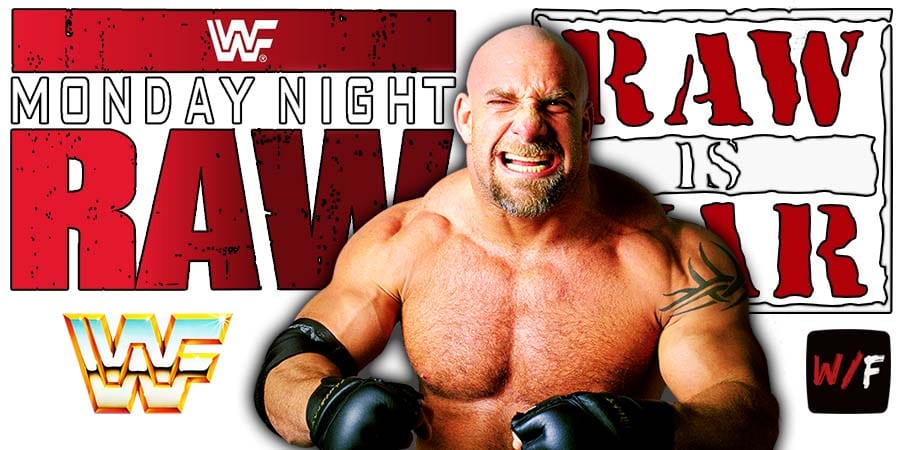 • Goldberg Gives His Haters Another Thing To B*tch About

Despite Goldberg being a huge draw, he gets a lot of hate on Social Media for coming back and defeating current title holders in WWE.

During his recent appearance on WWE’s After The Bell podcast, Goldberg had the following to say to his haters:

“I’ll give the haters something else to b*tch at me about. I almost bit my tongue off [on RAW], with that Spear to The Miz.”

We had mega superstars that were bigger than life, but it’s hard in this generation, seemingly, to build those people.

There are a couple of people who have made it beyond relying upon the public to do that, and they forced their way up and they’ve earned their spot. Drew McIntyre is one of them.”