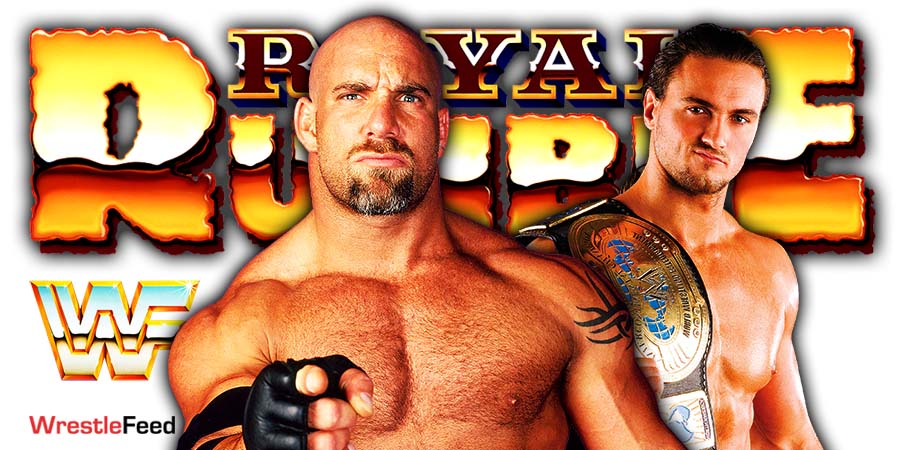 • “Goldberg is pushing it, man” – WWE Hall Of Famer

WWE Hall of Famer Goldberg will face Drew McIntyre for the WWE Championship this coming Sunday at the Royal Rumble 2021 pay-per-view.

“You know, Goldberg is pushing it, man. Everybody loves the nostalgia, but this is a young man’s game. Drew McIntyre, he’s my guy. I said before that Drew McIntyre is going to be the champion in this business.

I always pushed him over to the side and whispered in his ear, ‘Hey, man, do this. Change that. You’re on the right track.’

You go back to when he first came in to and how he looks now. He’s a grown man now. He came in as a kid. Goldberg could be barking up the wrong tree.

I’m not going for the old guy. Once you get past that number, bruh, you might want to rethink things. So, we’re gonna see how this plays out. But if I had money, I’d put my money on Drew McIntyre. It’s going to be quick.”

Goldberg will appear on tonight’s RAW and have a face-to-face segment with McIntyre.