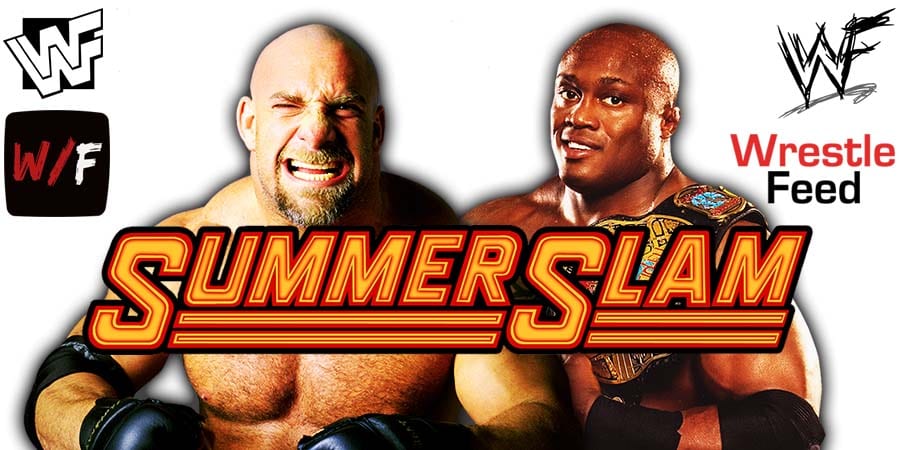 • Goldberg Provides A Major Update On His WWE Contract

WWE Hall Of Famer Goldberg appeared on today’s episode of WWE’s The Bump, where he revealed that only 2 more matches are left on his WWE contract.

“I’d love a piece of Roman Reigns and I think even more so would I love to get my hands around Cena’s throat, but it’s wishful thinking. We’ll see. Let’s take care of Bobby Lashley first. Hey, I’ve only got two more matches on my deal here, so we’ll see what happens.”

Goldberg has noted in the past that he’s signed to WWE till 2022, and is contracted to wrestle 2 matches per year.

His 2 matches for 2021 will be done this Saturday at SummerSlam (his first match of 2021 took place at the Royal Rumble), and then 2 more matches will be left on his deal for 2022.

Later on Tom Prichard became a trainer for several of WWF’s developmental promotions and also did commentary work every now and then.