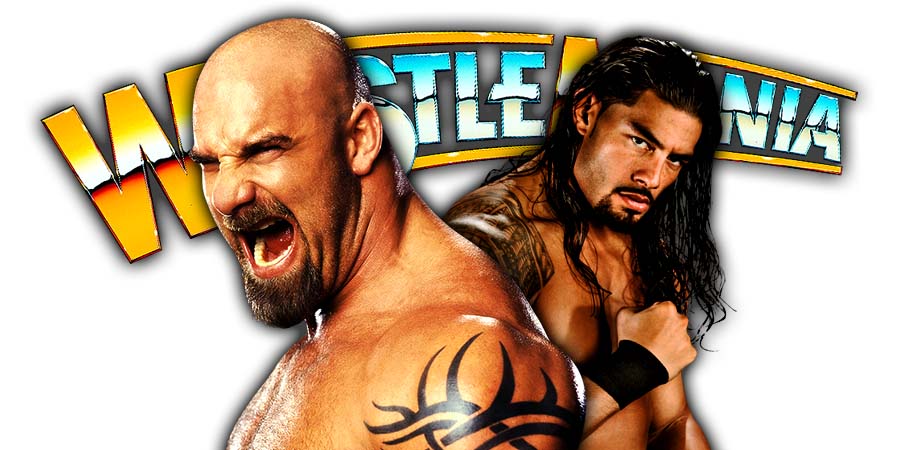 – Bushwhackers vs. Casey Cleric & The Intruder

In the opening segment of tonight’s SmackDown, new Universal Champion Goldberg came out and said it’s all about who’s next and he wants to find out who’s going to be his next opponent.

"Do NOT be mistaken, it's not about who was last, it's all about WHO'S NEXT!" – your NEW #UniversalChampion @Goldberg #SmackDown pic.twitter.com/6x4jIreKQx

This led to “The Big Dog” Roman Reigns coming out to a big pop and having a face-off with Goldberg.

Reigns said he’s next and left.

So this means Reigns will be a part of the #1 contenders Elimination Chamber match.

If only I had pulled out the Jackhammer…