On him giving the idea of the “UnderFaker” storyline in 1994:

“Brian Lee and Undertaker were good friends and I had recently been around Brian and people had mistaken Brian for The Undertaker when we were out because they both had the same hair, the same beard. We had a tattoo expert come in. We had tattoos put on Brian Lee’s arm, the exact same tattoos as The Undertaker. As a matter of fact, Jerry Lawler sat at the makeup station with Brian Lee and drew and put color in the tattoos because we didn’t think the tattoo artist didn’t do a good job putting on the temporary tattoos. They didn’t look good enough and Lawler sat there and he said, ‘I can fix that.’ Lawler sat there with a pen and put tattoos on Brian Lee’s arms.” Prichard recalled, “we had Brian Lee come to the studio and get in the ring and work with Undertaker, get his mannerisms down pat, as close as we could.”

On him telling The Undertaker that he ruined his career when he got his first tattoo:

“When Undertaker got his first tattoo, I told him, ‘dude, you probably just ruined your career right there. Why would you do that? Whatever you do, don’t get any more tattoos!’ That was my advice to him in Binghamton, New York. I’ll never forget it. You can tell he listened to me. It was a tattoo of himself with the skull and crossbones and everything, and I thought, ‘now, you can’t do anything else if this Undertaker gimmick doesn’t work out for you, kid. You’re now branded with this f*cking tattoo. What are you thinking you big, dumb, redheaded son of a b*tch?’ Yeah, needless to say he didn’t take my advice and I think I’m going to go out on a limb here and say I think it worked out alright for him. Everything worked out okay.”

On Undertaker vs. Undertaker match not living up to the expectations:

“The match, because Bret Hart and Owen Hart had a cage match earlier in the show that went 20 minutes heavy, so, all of a sudden, you have a match at the very end of the night with Undertaker and a guy that is nervous as sh*t, who in his mind is auditioning for a job and that’s Brian Lee, who have their match now condensed into 10 or 12 minutes, whatever it was. The match was horrible. The match was horrible, but the match had its limitations and they had to chop a whole lot of it out they had planned. The match was one of those that had to be laid out and tell a long story and much longer than what it lasted going out there and Brian probably was lost because what they had planned and what they had worked out. Prior to that, they were just ad-libbing trying to get through it and not have a finish take place when we’re off the air. But we had to get the damn thing done. We didn’t have a network at the time. We couldn’t go over. We had to be done by 10:55 at night. So yeah, it sucked. It wasn’t great, but I’ll stand by it. Hey, it was my story. If you didn’t like it, great, you didn’t like it. It wasn’t everybody’s cup of tea.” 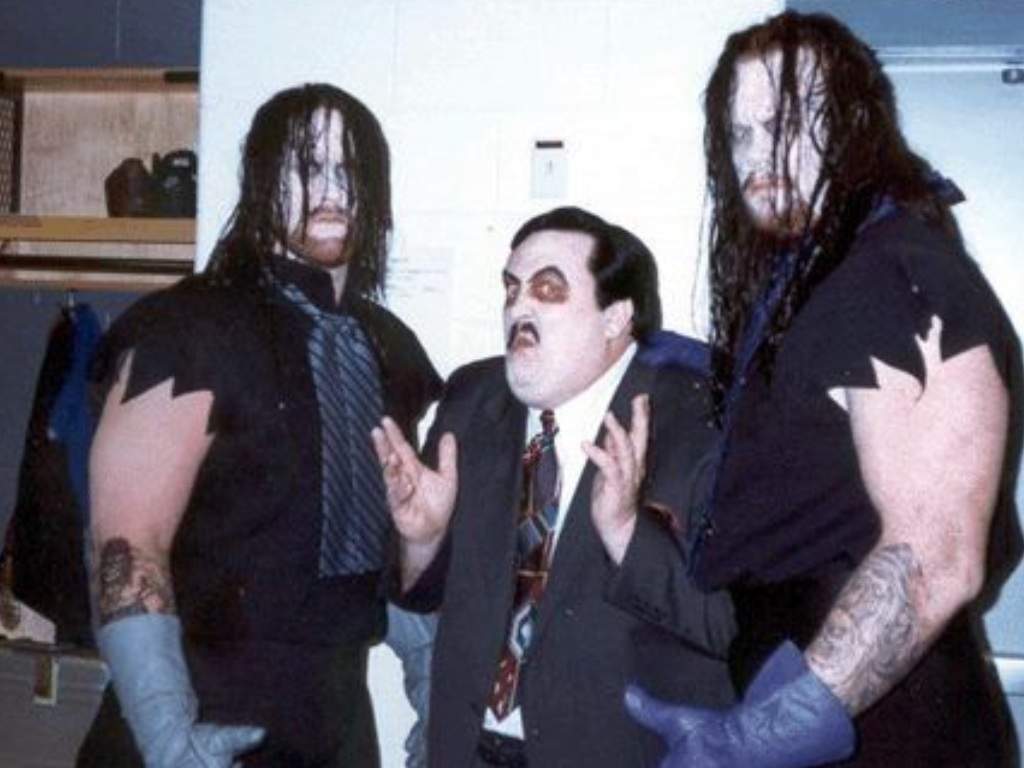 On The Undertaker not being happy with Bret Hart at SummerSlam 1994:

“Pretty f*cking hot. He was hot. No, he was f*cking hot. Nobody was there for the confrontation because no one wanted to be there, but Taker did go and talk to Bret just to let him know, hey, he wasn’t happy with it. I mean, I don’t know. It wasn’t heated. Taker’s not that kind of a guy, but he did have a conversation with him that night. And, no, no one was there, so there’s no witness. The only people that know what happened in that are Undertaker and Bret.”