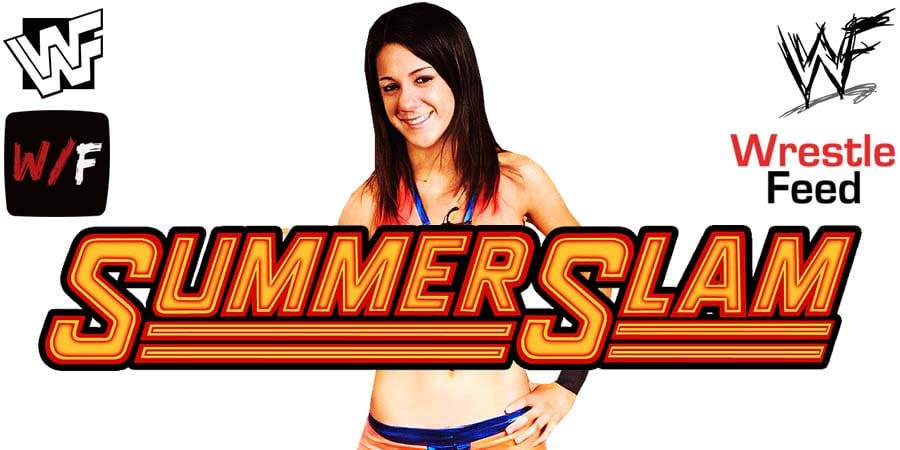 This was the last one out of a total of 4 annual WCW events (1996-1999) from the Sturgis Harley Davidson Rally. While all four events are usually destroyed by the critics for not earning a cent in revenue money because it was totally free for the bikers in attendance, they were still pretty cool & entertaining to watch for a fan, as big outdoor events always had kind of a special feeling to them.

This also marks “The Macho Man” Randy Savage’s last ever WCW PPV match. After this day, he only appeared on two more Wrestling PPVs, but years later: TNA Victory Road 2004 & TNA Turning Point 2004, before he passed away in 2011.

On this week’s SmackDown, Asuka won a triple brand Battle Royal to become the #1 contender for the SmackDown Women’s Championship at SummerSlam.

So not only is Asuka going to face Sasha Banks for the RAW Women’s Championship at SummerSlam, she’s also going to face Bayley for the SmackDown Women’s Title on the same night.

Below is the updated match-card for WWE SummerSlam 2020 pay-per-view:

– Seth Rollins vs. Dominik Mysterio (Dominik can use any weapon)

It should be noted that AJ Styles vs. Jeff Hardy for the Intercontinental Championship is also expected to be added to SummerSlam (although that match is currently scheduled for next week’s SmackDown).