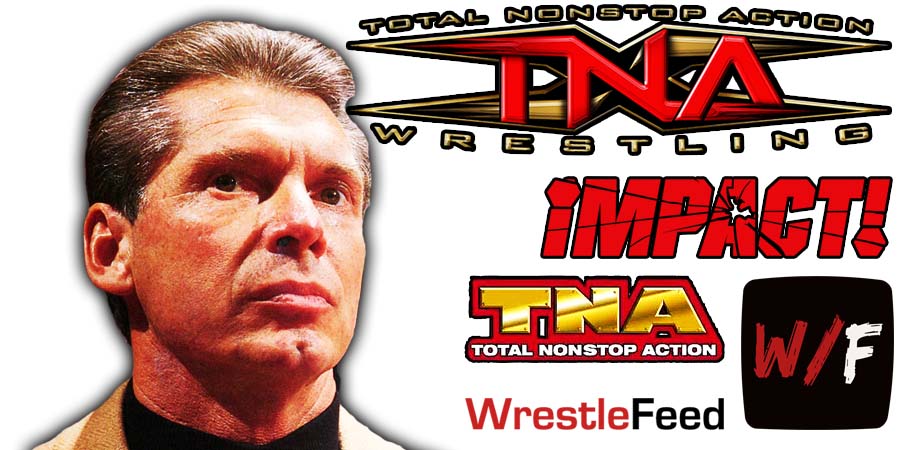 On the latest episode of his weekly ‘Foley Is Pod’ podcast, WWF Legend Mick Foley talked about former WWE promoter Vince McMahon’s reaction, when he informed him that he’d leave the company and join Dixie Carter’s Total Nonstop Action! (TNA) instead.

Mick didn’t appreciate being yelled at into his ear-peace by Vince McMahon though, so this job resulted in him giving his notice and jumping ship to TNA later that year.

“I had my kids with me. This was Nassau Coliseum which is about 30 minutes from my house at the time and they saw the craft table, right? They make a beeline and the craft table at the Coliseum was right in front of Mr. McMahon’s office and he walked out, ‘Mick, I know you don’t like me but I’m asking you to gut this one out.’

I was like, ‘This is not about guts. This is about being treated in a way that I think a human being should be treated’ and so I’d given my notice and…I officially gave notice. I had made it really clear that if that was part of the job, I didn’t want any part of it and Vince, he tried to…this is where I’m hesitant because Vince, you know, he’s — imagine going through a tough time.

I tried to text him for his birthday and that’s the WWE number so it’s not working anymore. But I said, ‘Vince, what’s the end game here? If I work hard at this for 10 years and I get as good as I can possibly be that you’ll treat me the way you treat J.R.?’ And then he gets about this close, he goes, ‘You think I’ve been bad to him?’

‘Hey Mick! It’s Johnny. Just want you to know, no hard feelings, you know? No bridges burned’ and ‘Thank you Johnny’ and I called up Vince and I really had tears in my eyes. I went downstairs in the basement and I said, ‘Vince, I just want you to know you’re one of the most important men…most important people in my entire life’ and I always told him I consider him to be on the level of Presidents.

‘Oh, I appreciate that Mick’ and then we didn’t talk for another year-and-a-half. But I was off and embarking on a new adventure.”

Also Read: Mick Foley Wants Former AEW World Champion To Appreciate What He Did In WWE

• Old School Wrestling Manager Would Have Celebrated His Birthday

Akbar made a name for himself as a Wrestler and later on as a manager in Fritz Von Erich’s World Class Championship Wrestling territory.

After the demise of the promotion, he then followed most of the WCCW roster to the Global Wrestling Federation, which also had its home in Dallas, Texas, and is considered the unofficial successor.