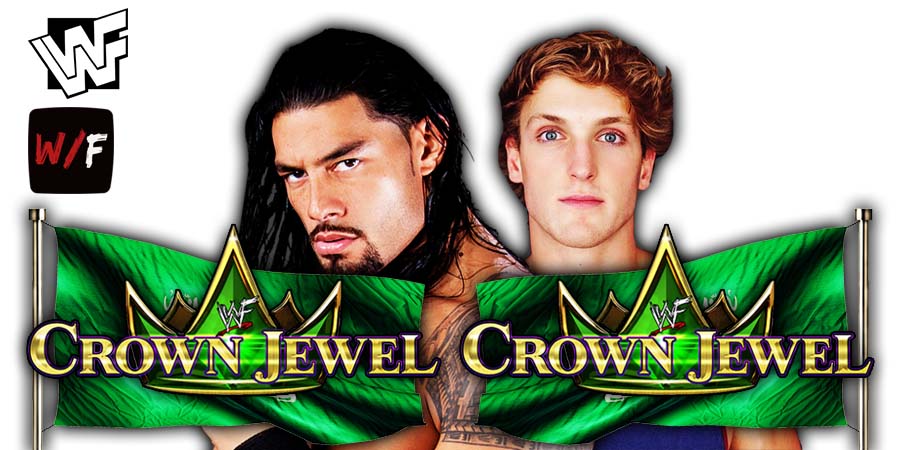 On his My World podcast, WWE Hall Of Famer Jeff Jarrett noted that he wouldn’t have any issue with Logan defeating The Tribal Chief to become the new Undisputed Champion.

“The audience, in general, whether it’s my 16-year-old son or daughter or whoever it may be, they’re consuming their content on their phones. YouTube. Twitter… That’s what the Paul brothers [have mastered].

They weren’t on ‘Dancing with the Stars’ or ‘The Voice’ or some kind of athletic [show]. They got over on social media, and now they’re bringing that to a televised product.

The Paul kid becoming champion, I think would work, in every kind of way. Do I think [WWE is] going to do it? No.

I just don’t think they’ll switch the title in Saudi (Arabia). But look, online audiences are talking about it.”

Speaking of Jarrett, he is now in All Elite Wrestling (tap here to read about his 2nd role in the company).