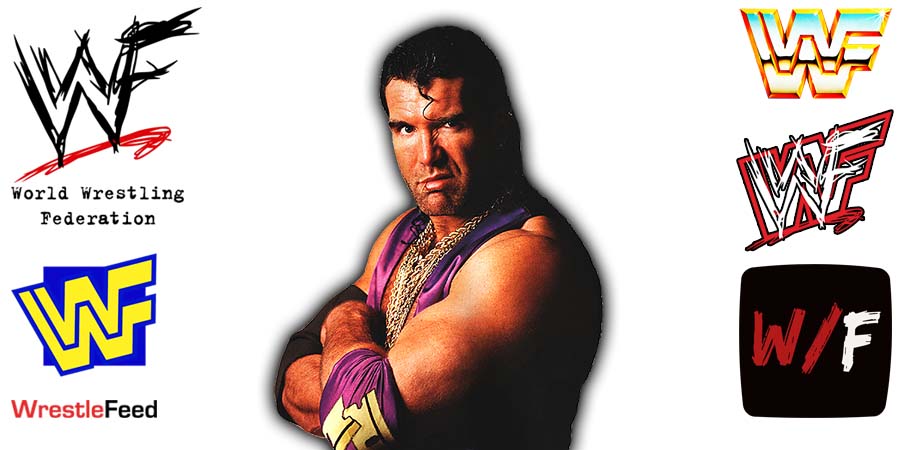 During a recent episode of The Extreme Life of Matt Hardy podcast, The Hardy Boyz recalled working with “Razor Ramon” Scott Hall before they became stars.

You can read what the WWF Tag Team Legends said below:

“It was very sad how it just came out of left field, this happened, he had surgery and these heart attacks.

Once again, a very drastic and stark reminder of how tomorrow isn’t promised and that’s how I try to live my life every day now.

You have to really enjoy each and every day and every moment you have. Our expression is to live for the moment and there is a lot of truth to that because no one is guaranteed tomorrow.

Especially as you get older, I think about that a lot for all of us, but the thing with Scott Hall was that it was out of the blue and such a strong and real reminder that nobody is guaranteed tomorrow, and just enjoy every moment of life and also be good to people as well.

Scott was very cool to us, we had a lot of good fun stories with him. I’ll never forget the second day I was with WWF, obviously the first day Jeff wrestled him, he was 16 years old and it was under very strange circumstances where the match was very frustrating with Scott Hall because the guy he was supposed to wrestle said he couldn’t take his finish.

He was a little frustrated wrestling with Jeff and that ended up working in Jeff’s favor because he formed a little bond with him after that.

The next night, I was wrestling with him and I remember he said, ‘when I’m in the corner, poke me in the eyes, give me three or four chops, I’ll turn around and give you some,’ and I got two really good ones in that rang out loud in the arena.

I hit a second one and he stopped me right then and there and turned me around and said, ‘easy kid, you had two really good ones, I couldn’t let you outshine me out there though.’”

“My way with words can be confusing at times, I’m still trying to figure out the right things to say social media-wise as far as how big of an inspiration and influence he was on our careers.

Even that first match, and that hard-a$$ WWF ring back in the day, you had to be like Andre the Giant to make it move, it was terrible.

Him being real stiff and roughing me up, I totally second-guessed my love for pro wrestling. ‘I don’t know if I’m cut out to do this.’ I didn’t like it, I didn’t like that match at all, it really hurt. It wasn’t fun, and then the next day, I wrestled 1-2-3 Kid Sean Waltman and he totally refilled my soul as far as wrestling goes.

Then moving forward Scott Hall was so kind because he thought I looked like Vanilla Ice, and the Kliq started calling me Ice and I’ll never forget one time he told Pat Patterson, I was like 16 or 17 too, ‘let’s get this kid on the road, get him seasoned.’ I’m not even legal yet. There’s something very special to what he saw, he saw my future through whatever it was and he believed in us every step of the way, and that’s rare, man.

It was meant to be that night that that guy didn’t want to wrestle him and naturally, I was all about it. I was so nervous, I thought it was live TV, and this is when they were filming 3 or 4 RAWs in one night and Matt was on live TV that night.

Anyway, it was wild, man, it was not fun and he was so apologetic because my knee hit the post and he kicked me in the head. It was rough, but yeah, I’m still trying to figure out the right way to express my love for him and deep sorrow for him leaving this earth.”

It was broadcasted from the Ohio Center in Columbus, Ohio and featured pre-taped matches, interviews & storyline segments on the road to the ‘WWF WrestleMania III’ PPV.