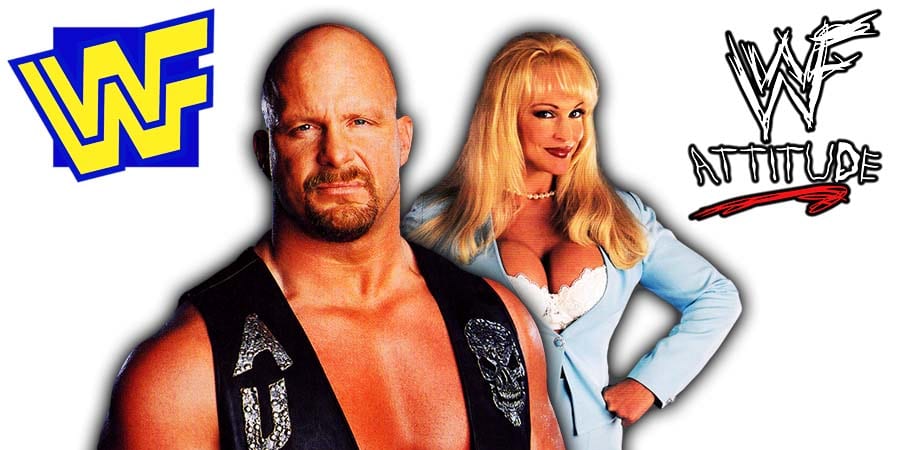 In this flashback article, let’s take a look at an old shoot interview with former WWF Diva Debra, where she talked about her domestic violence incident with her ex-husband, WWF Legend “Stone Cold” Steve Austin.

Host: When did you and Steve get married after you started dating?

Debra: We started dating, I think about in May of ’99 and then he talked to let me off to take care of him when he had the neck surgery. I think that was back in September. So I would say from May till September, we dated and then got married.

Debra: Yeah. Not really good. He just got a little bit more aggressive with his personality. So that was really difficult because I’ve been working, now married to him and then the domestic abuse. The last time when the police were called when he was arrested, that was the third time. And I’m not a really big woman. It was getting a little bit out of hand.

Host: How did it start? You have been pretty open about the abuse.

Debra: It can start very gradually. It takes you away from your loved ones. People that knew me, they could tell I was becoming more in shell because he didn’t really want me talking to people and I was becoming really like a recluse and that’s not my personality. Everyone knew that (he was controlling me) but, you know, he was Steve. You don’t mess with Steve.

I remember that the first time he hit me was in the hotel room. He actually slapped me and then he threw me across the room. I had a bruise on my face and then I had to go to the doctor.