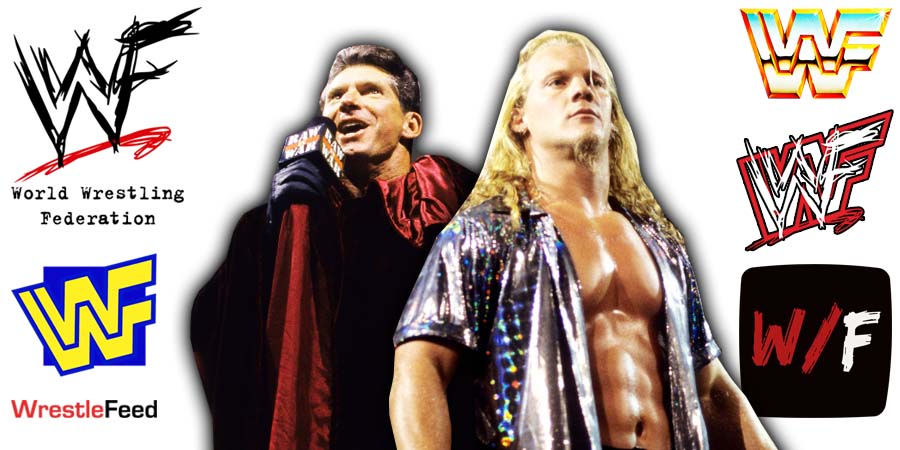 During an appearance on The Kurt Angle Show, WWF Legend Chris Jericho recalled getting heat for expressing his opinion during his early days in the World Wrestling Federation.

Jericho then talked about wanting to put over John Cena on PPV and Vince McMahon being against it.

“They were like, ‘If we tell Jericho something, he might question it’, meaning, well, if we want to do it this way, maybe try it this way, and it might work better, and they didn’t like that.

Some guys didn’t like that at the time. So I really got hammered a lot at first because of that. But it was also because of that quality that I was able to make it as far as I did, and probably the reason why I’m still here today, why we even started AEW because I always spoke my mind and stood up for what I thought was right.

I called Vince one night when Cena was first starting, our first pay-per-view and I said, ‘Vince, you have to let me put this guy over’. He said, ‘Why? He doesn’t mean anything.’

I said, ‘He could mean something, but if you just put him on this big pay-per-view and I win, then what’s the point?’ because he had just done the big match with you, Kurt, and it was great, and you beat him as you should have. But if we keep f**king beating him, it doesn’t matter.

Because I had an opinion and never cared about expressing it, that got me heat at the beginning, but then that got me respect in the end.”

Also Read: Chris Jericho Reveals Why Mick Foley Came Out Of Retirement & Replaced Him In The WrestleMania 16 Main Event

On this day in 2007, we lost Old School WWF Legend “The Golden Boy” Arnold Skaaland at the age of 82 due to natural causes.

In 1994, he was inducted into the WWF Hall of Fame (now being called WWE Hall of Fame) by his former protégé and friend Bob Backlund.